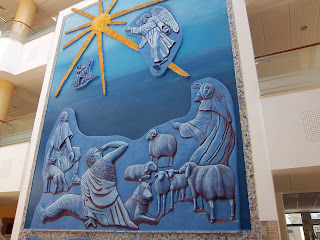 I spent much of the summer of 2010 in Israel. I also spent some of that summer in Palestine, in Bethlehem in particular. Now in 2012, in the aftermath of the Gaza War and failure of Israel and Palestine to return to the negotiating table and work out a just peace for both nations, I have been thinking about the little, occupied town of Bethlehem again. This Advent, Chanukah, and Christmas I pray for a just and lasting peace and two secure homelands, for the security and prosperity of those who live in each and generous hospitality for neighbor and stranger. I keep wondering if the Incarnation happened today whether the Blessed pregnant Virgin would have had to scale the wall to give birth in Bethlehem or if she would have given birth at a checkpoint like so many Palestinian women, some of whom have had their babies die at the checkpoints.

You could say I was following a star. As they say, it’s always Christmas in Bethlehem. The beautiful art in the newest building of the Bethlehem Bible College portrays the signal moment in Bethlehem’s – and some say the world’s – history. But a few things have changed since then.

“Security” is tighter. And of course, one woman’s security is another woman’s occupation. The icon of both is the wall, the so-called “security fence.” According to Dr. Alex Awad, Dean of Students, local pastor and United Methodist missionary, 80% of the security wall was built on Palestinian land. The wall looms over Bethlehem and cast its shadow over my visit. 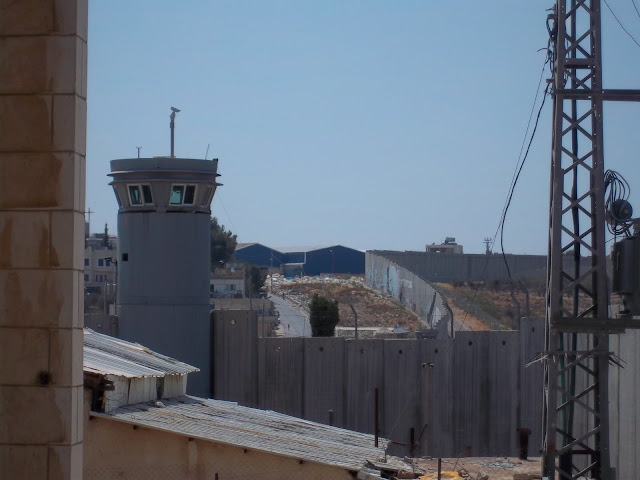 In order to enter Bethlehem I had to walk through the checkpoint and its cattle shoots made of bars and razor wire. 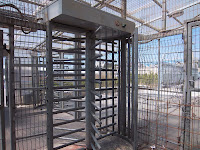 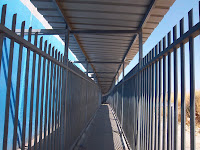 The wall has become a site of resistance. One primary form of that resistance is art. A final piece of art from the checkpoint, a prayer and I hope, a prophecy: 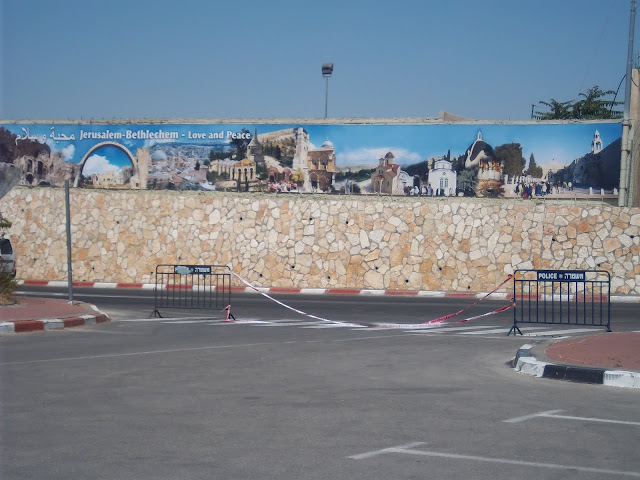 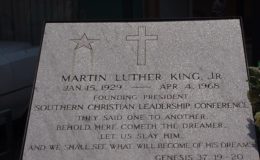