[Holding the Ethiopian Israelis in prayer as they fight racism in their country. Their uprising came after I finished the sermon.] 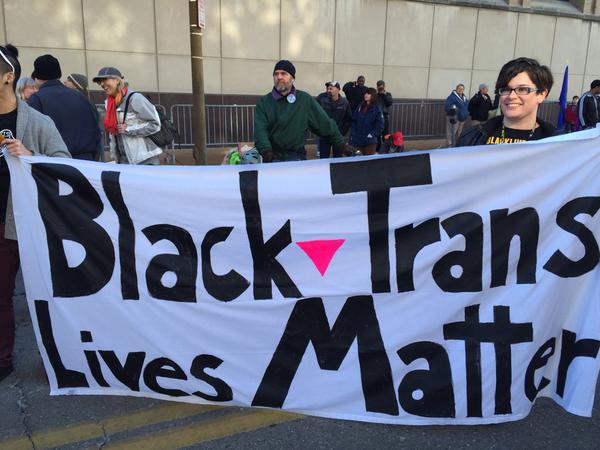 The Psalmist cried out:

God did not despise or detest the affliction of the afflicted.
God did not hide God’s face from me.
God heard when I cried out to God.

That doesn’t always feel like the truth. Sometimes it feels like everyone including God despises the wretched of the earth, the broken, the downtrodden, the hurting and the hated, the afflicted and their afflictions. Especially when that’s your story. We should extend our comfort and faith to those who are suffering, but we should also understand that may not be enough. There are some hurts that only heaven can heal and for which the balm is time. 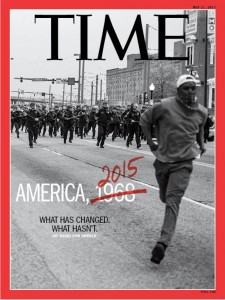 Before Psalm 22 became the Psalm of the Cross, the psalm Jesus prayed while dying, it was already scripture. It is a psalm associated with David, written for him – either at his request or dictated by or composed and written by someone else and dedicated to him. It is the lament of a person who is not even viewed as human, despised, mocked, abused to the point of feeling abandoned by God:

My God, my God, why have you forsaken me?
Why are you so far from helping me,
from the words of my groaning?
O my God, I cry by day, but you do not answer;
and by night, but find no rest…
I am a worm and not even human
scorned by others, and despised by the people
All who see me mock at me
they make mouths at me, they shake their heads…

They even make fun of the psalmist’s faith:

“Roll on over to the HOLY ONE OF OLD; let God save!
Let God deliver the one in whom God delights!”

But the psalmist knows who her God is and that God has been with her from birth and will be with her to and through death:

Yet it was you who took me from the womb;
you kept me safe on my mother’s breast.
On you I was cast from my birth,
and since my mother gave birth to me you have been my God.

It is so easy to fast forward through time and read these verses about Jesus and only Jesus. But that misses the point. Psalm 22 the lament of someone who was in serious trouble a thousand years before Jesus. That person’s prayer became part of Israel’s Book of Common Prayer because it reflected a common experience. Every once in a while, if you live long enough, you will come up against something that will make you cry out to God like the psalmist and even Jesus. Some of us are crying out to God because our post-Easter world still looks too much like a Good Friday world.

Jesus became one of us to experience what we experience. Human beings treating each other like dogs in the street, as though we weren’t all human, children of God, hand-crafted in the very image of God. Some people are still viewed as less than human and treated that way. Mahalia Jackson sang in Sweet Little Jesus Boy:

They treat me mean Lord.
They treat you mean too.

In killing Jesus, the state treated him just like everyone else. People were crucified before Jesus died and they continued to be crucified after Jesus died. James Cone makes the point that in the American context, the cross is the lynching tree.

We can’t escape the violence in the scriptures or in the streets. The violence imposed on the body of Jesus was neither the beginning nor the end of his story. And it was not only his story. His people were subject to lethal violence whether guilty or innocent on individual and national levels. The story of the Jewish people is one of slavery, deliverance, occupation and subjugation as oppressed and as oppressor and, in times of desperation, resistance, rebellion and retaliation. Aspects of the Israelite story are shared with the poor, marginalized and oppressed in every time and place, including ours.

I will agree that there is a group in the Negro community advocating violence now. I happen to feel that this group represents a numerical minority. Surveys have revealed this. The vast majority of Negroes still feel that the best way to deal with the dilemma that we face in this country is through non-violent resistance, and I don’t think this vocal group will be able to make a real dent in the Negro community in terms of swaying 22 million Negroes to this particular point of view. And I contend that the cry of “black power” is, at bottom, a reaction to the reluctance of white power to make the kind of changes necessary to make justice a reality for the Negro. I think that we’ve got to see that a riot is the language of the unheard. And, what is it that America has failed to hear? It has failed to hear that the economic plight of the Negro poor has worsened over the last few years.

Dr. King’s words are as always prophetic and challenging and ultimately cost him his life.

Will we hear him? Will we hear the voices of today’s street-prophets? Or will we allow the spectacle of violence to become an excuse to turn away? No matter what we do, God hears.

God hears the cries of all who are treated as less than fully human.

Our world, including our nation and the church have a long history of treating some folk as less than we ought as God’s children: people of color, women and same gender-loving people. Transgender, gay, bisexual and lesbian people are often targeted with lethal violence that neither began nor ended with the lynching of Matthew Shepherd. Transwomen in particular are being killed at alarming rates including here in TX. And sadly, not all churches are safe places for all people.

Our lesson in Acts 8 has something to say about that:

The messenger of the Lord said to Philip, “Get up and go toward the south to the road that goes down from Jerusalem to Gaza.” (This is a wilderness road.) So he got up and went. Now there was a Nubian eunuch, a senior official of the Kandake, queen of the Nubians, in charge of her entire treasury. He had come to Jerusalem to worship.

At the intersection of race and ethnicity, the Greek gentile (now Christian) apostle Philip crosses paths with the black Jewish bureaucrat serving an African queendom. In order to work for most monarchs in much of the ancient world, men had to be surgically neutered, often as young boys. Most eunuchs formed intimate partnerships with other eunuchs or intact males, not the royal women they were trusted to guard. That would have been treason, earning a death sentence even without the possibility of children.

The treatment of eunuchs in the ancient world and in the scriptures is similar to the treatment of lesbians, gay men, bisexuals and transgender people. Eunuchs may be seen as those who do not fit into our neatly constructed gender paradigms as neatly as we might wish – this is what it means to be male, to be a man, to live and love as a man. At one point the scriptures even say eunuchs are not welcome in the house of God. But the same Isaiah scroll that this one is reading cancels out that passage, welcoming eunuchs specifically. But he hasn’t gotten to that verse yet.

The Ethiopian eunuch has no name in the text but could have been called Abdimalkah, servant of the queen, a common title that functioned as a name. Without a name we might keep calling him “the eunuch” and reduce him to a missing part of his body. Our transgender friends, family and neighbors have taught us how inappropriate is fixation on the parts of someone else’s body. We could call him “he.” But should we? We are learning how important it is to call people by the pronouns they choose for themselves.

This person by any name and any pronoun has been to worship in Jerusalem which suggests he is a Jew even though he would not be able to fully participate as a eunuch. The original audience would have known the story of the visit of the Queen of Sheba to Solomon and the tradition that she left him pregnant and their descendants not only preserved his faith but remained in contact so no one would have been surprised that this man had been born Jewish. As a eunuch he would not have qualified for conversion.

The queen’s servant – Kandake is a title, she is the Kandake – the Kandake’s servant is reading the scroll of the prophet Isaiah. In the ancient world people read out loud just as they prayed out loud. (Hannah invented silent prayer but it didn’t really catch on for a while.) He reads from a portion of Isaiah that like Psalm 22 has come to be identified with Jesus even though it has its own separate history and origin. It is the poem-prayer of another person who was unjustly put to death, five hundred yeas before Jesus.

While he reads, Philip has followed God’s call to go down a country road with no explanation, overhears. I don’t know what Philip expected to see, but probably not that limousine. He didn’t know why he was going other than God sent him. He went to be present where God sent him and gives us a model for evangelism. He had no agenda, no pre-planned speech. He went to listen first and speak second. And Philip finds a welcome occasion to share his faith. Contrary to popular opinion, harassment is not a tool for spreading the Gospel.

The queen’s man was reading what is now Isaiah 53; there were no chapter and verse numbers then. The holy words spoke of the suffering of the innocent with the guilty and on behalf of the guilty from the time when the Babylonians destroyed their nation. When Philip tells him what these words mean, he doesn’t go back to the time in which they were written or their meaning for their original audience – he hasn’t been to seminary.

He reads the scriptures in light of the events of his days which means reading them in light of Jesus. He tells the story of Jesus and tells it well because it is personal to him. And his companion and conversation partner asks to be baptized right then and there. And in that moment the Holy Spirit builds the church through these two very different people, different ethnicity, background, social status and even different ways of living and loving.

It strikes me that these lessons are all about hearing and being heard.

God hears the cry of the psalmist as surely as God hears the cries from the streets and those of mothers like our Blessed Virgin Mother who have lost their sons to police violence. Philip listened to God. He listened to the eunuch. The eunuch listened to Philip. And God used them to transform the world, starting with each other because they listen to and hear each other. The Church has listened to these stories read and preached for millennia, but have we truly heard them?

May God the restorer of broken hearts, minds and bodies
Accompany you through the gaps and brokenness in your life
Nurture, sustain and transform you to change the world around you. Amen.