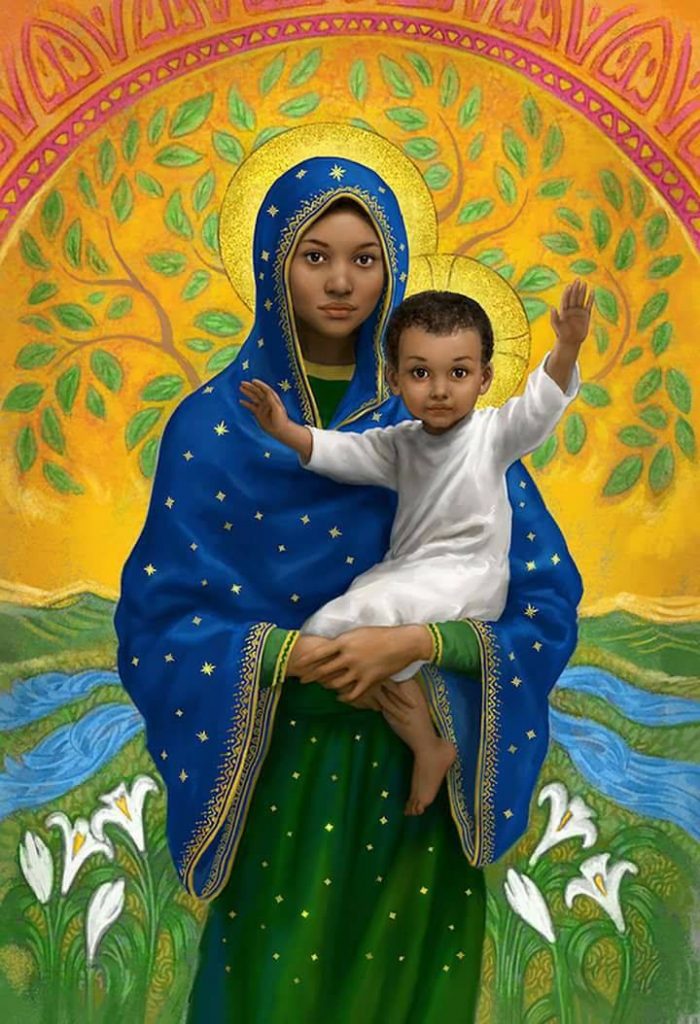 Today is a commissioning service of sorts. [Hooding, conferral of academic hoods at Brite Divinity School, December 2017.] We confer degrees and the regalia that pertains to them to send you forth, forth across town, across the state, across an ocean, across the world, sometimes just around the corner, sometimes back to us for another go ‘round. We are sending you forth to a world that needs a wisdom we may not have imagined this time last year. It seems to me that this world which we inhabit, serve and with which we wrestle calls for a particular kind of wisdom. It is my hope, and I believe that of my colleagues of the faculty, administration, and staff, that we have nurtured and refined the wisdom that was already in you, perhaps adding something of our own. I am mindful that all of us are already navigating this world together with what wisdom we have; too often it seems insufficient. Part of what I believe distinguishes us at Brite is that we are a community that is deeply invested in the world around us and that does not begin or end with hooding. Yet hooding marks a moment of transition to living out our calling in new ways, whether in new contexts, jobs, yet another degree, or in a space in which nothing else has changed outwardly. You may not all have jobs when you leave this place, but you have a job in this world.

Let us pray: May God who is Majesty, Mercy, and Mystery speak words of life, love, and liberation through these words. Amen.

The preaching lectionary of the Episcopal Church turns to the vocational declaration in Isaiah 61 and to the Magnificat tomorrow to tell anew the story of Jesus. In that telling, the church tells its own story. It is a particular and particularly denominational Christian framing of these texts. And if we have taught and learned anything together then we have learned there is more than one way to tell the story of the text.

Hearing Isaiah through Jesus makes it easy to say to Jesus of the text, “That’s your job, your calling.” But Isaiah wasn’t written by, or even particularly for, Jesus. (We did teach that, right?) The speaker, a poet-prophet,[1] from the community or school of Isaiah who continued the great work begun earlier in his name, this very human prophet receives a vocational call that in fact does not require a god, god-man, or the offspring of a god to fulfill. It is a very human vocation, albeit a daunting one. It is a particularly fit job description for someone who has completed her theological education, [though it does not require one].

Maybe this job calls for a god-woman or god-man after all. But the poet-prophet is not on her own. She has the power of the Mother of Creation, She Who Was—flexing her winged embrace over the chaotic currents from which she birthed the world, and She who would pour herself into a virgin’s womb and create a life that would shake the heavens and the earth in another story, from another time, in another testament. The Matrix of Life anointed our poet-prophet, not with the oil of priests or kings, oil that would fade as those offices passed away or morphed into entirely different institutions—sometimes retaining the same names. Rather, Mama God anointed her prophet, infusing her and her words with an anointing that lingered through the first century when a holy child born of her Holy Spirit recited these words to articulate his contextual calling, and down through every age in which these words have been received as holy writ, including our own.

A student of scripture in its earliest form, the poet-prophet looked to the words of the poet-prophet Isaiah, and found, received and accepted her metaphorical hood and the calling that goes with it, and wrote herself (or perhaps himself) into the text that would become the double or triple book of Isaiah. Her holy boldness was not as transgressive as it may sound for she was one of the many (or few) who picked up the pen of Isaiah and continued his work. She did not come to this work on her own. God called her. So she penned the story of her calling, her commissioning, her hooding, to explain what God was up to in the world. She wrote: The spirit of God whose name is holy is upon me…

The poet-prophet goes out into the world with more than the words on the page, the ink on the degree, or the books on the shelves. She goes with a clear sense of mission having been prepared for the world that is hers. Its needs are many and great but she is ready. She has all she needs to do the work at hand. She has her voice, her words, her pen, her poetry, her preaching. She has her congregation beyond the walls of any sanctuary or sanctum for study; her people are the broken and dispossessed, the disenfranchised, convicts, felons, and those on death row. She is called to preach wholeness and liberation and she is called to preach God’s favor and God’s recompense. She is called to preach life and love. She is called to take a stand, to acknowledge that everything isn’t all relative in the sight of God. There are things that her provoke to action because there are things that provoke God to action on behalf of her people.

Now, because she went to a good, fully accredited divinity school, she has more than one skill set. Good thing because folk also need care for their souls. Her call is to the souls the diseased, the dis-eased, the dying, and the grieving. She is called to offer more than words and above all to avoid cheap theological platitudes and t-shirt slogans. She will need to draw on the wealth of pastoral theology she has learned, integrated, and embodies to do grief work with her community corporately and individually. She can’t do that work without knowledge of their history or an understanding of her own spirituality. She can be confident of her preparation because life in the Isaiah school was one long supervised ministry practicum.

Above all she is called to do transformational work, facilitating the healing and recovery of her people. And then they, a people who have been transformed because one person translated her theological education into her own poetry, they reimagined and rebuilt their world, together. But it didn’t happen overnight. It took generations, centuries to rebuild Jerusalem and its institutions, and even its walls. But walls cannot stop change and they fall down. Curiously the text doesn’t call for rebuilding walls; perhaps the Holy Muse, or better Holy Nudge, was trying to nudge folk away from structures that divide.

The walls would fall again and again and one collaborator would be replaced by another and no matter how much changed between our two texts or between us and them, the world still needs folk to live their theology out loud, in public, in partnership with the God who shakes up the world and its hierarchies and binaries, institutions, occupations, and oppressions. And so we turn to another prophetic poetic voice, and as is the case with so many women in scripture, we aren’t quite sure who she is because some manuscripts say Mariam or Maria, Mary, and others say Elisabet, Elisabel, and Elisabeth.[3]

She is another poet who wrote of what God was and is up to in the world, in her very intimate world, the intimate spaces of her body, and beyond, in the wider world. Her poetry proclaims an unparalleled intimate relationship with God but with none of the smug sanctimony of those who construct a personal salvation apart from the beloved community. She professes faith in a God whose mercy transcends time and is not limited to her and those who see the world exactly as she sees it. She proclaims a God who is partial to the plight of the poor and is a terror to the tyrant.

The Magnificat recalls an ancestral promise and she bears witness, in her very body, to a God of promise. Today I call you to proclaim the faithful promises of a faithful God to this world and its people. And when the originating context of the promise impinges on it so that it is too narrow for this world that is our context of ministry, take up the pen of the poet-prophet and extend the promise. Sometimes you will have to use your sanctified imagination to draw forth the words. Other times you will simply have to go back to the text for a close reading to remind yourself and those with whom you read that a promise made to Abraham and his descendants is a promise to the Muslim and Christian descendants of Hagar and Keturah as well as the Jewish and Christian descendants of Isaac.

The end of the Magnificat speaks of a memorial to God’s mercy in the text. That memorial was not a monument of stone, but the love of God poured into human flesh, woman-flesh, scandalously passing through scandalized flesh. Today I call you to be scandalous. Scandalously accept, love, serve, and nurture human beings in and not in spite of their bodies, their flesh, particularly those whose flesh the world disdains.

Above all the Magnificat is political. It speaks directly to and against those enthroned in power. I call you to be political. Speak to those who can and will hear you and speak against those who hoard power and resources while others hunger and hurt.

May God continue to write her story of promise in and through you for the hope and healing of the world. Amen.

Isaiah 61:1 The spirit of the Holy God is upon me,
because God has anointed me;
God has sent me to preach good news to the poor,
to bind up the brokenhearted,
to proclaim liberation to the captives,
and opening up, release, to the prisoners;
2 to proclaim the year of the Holy One’s favor,
and the day of vengeance of our God;
to comfort all who grieve;
3 to pay reparations those who grieve in Zion—
to give to them a glorious garland instead of ashes,
the oil of gladness instead of grieving,
the mantle of praise instead of a diminished spirit.
They will be called oaks of righteousness,
the planting of God, for God to display God’s own glory.
4 They shall build up the ancient ruins,
the former devastations they shall raise up;
they shall repair the ruined cities,
the devastations of untold generations.

Luke 1:46 Miriam, Mary, said,
“My soul magnifies the Holy One,
47 and my spirit rejoices in God my Savior,
48 for God has looked with favor on the lowliness of God’s own servant.
Surely, from now on all generations will call me blessed;
49 for the Mighty One has done great things for me,
and holy is God’s name.
50 God’s loving-kindness is for those who fear God
from generation to generation.
51 God has shown the strength of God’s own arm;
God has scattered the arrogant in the intent of their hearts.
52 God has brought down the powerful from their thrones,
and lifted up the lowly;
53 God has filled the hungry with good things,
and sent the rich away empty.
54 God has helped God’s own child, Israel,
a memorial to God’s mercy,
55 just as God said to our ancestors,
to Abraham and to his descendants forever.”