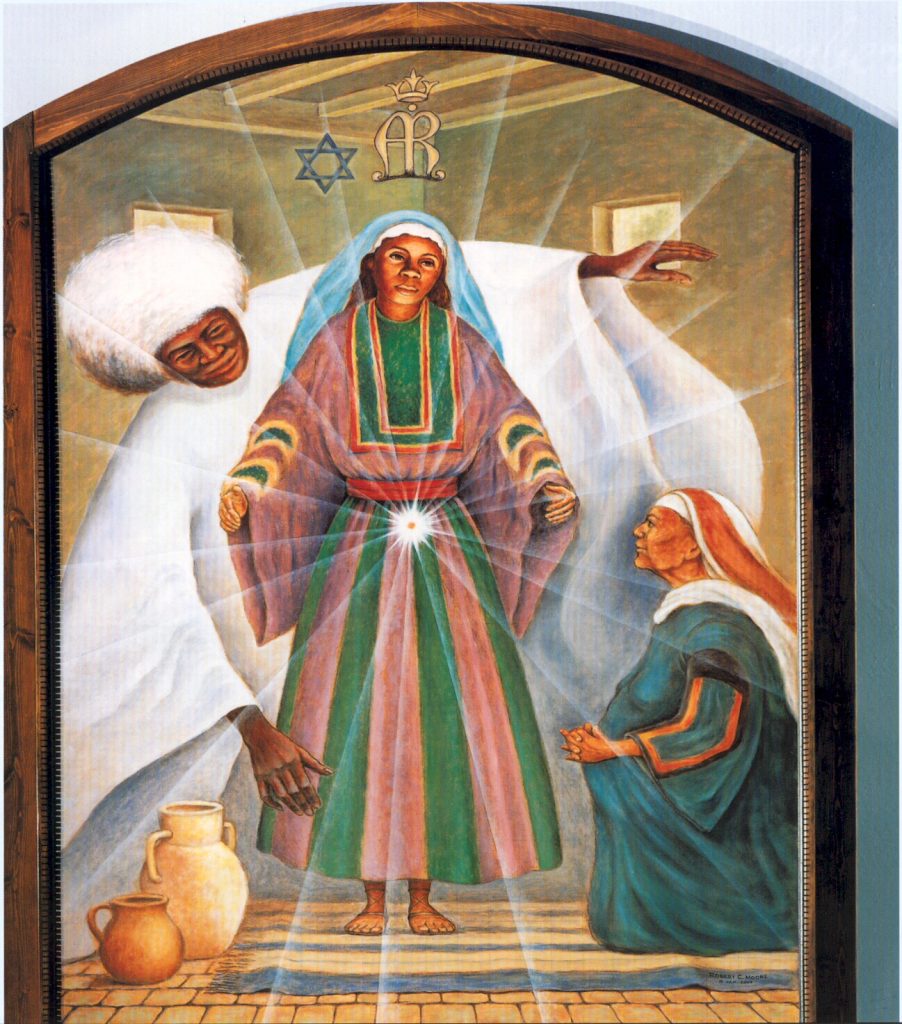 Alleluia! Christ is risen! For fifty days the Jewish and Gentile Christians of the early church told the stories of Jesus, his life, his death and his life-from-death over and over. Jesus was raised from the dead as he said he would be. I imagine everyone knew someone who had seen him, touched him, broken bread with him. They kept telling the story to those who knew and loved him, and to those who knew him not. The story was just too good not to share.

Here in our fifty days of Easter, many of us have lost track of the days. Some have forgotten that it is still Easter. Perhaps we should mark the days. In Judaism you count the forty-nine days from Passover to Shavuoth, the Festival of Weeks, and mark them with special prayers and meditations. That fiftieth day, called Pentecost was a huge festival with pilgrims coming from all over to observe the holy day. This year, this first year of the newly born church, was going to be different, so different that the day of Pentecost would become a holy day for Christians.

While some in the church were counting the days to Pentecost because they were still, like Paul, Jews, others were waiting. Jesus made some promises before his death and now that he had risen from the dead there could be no doubt that his word was true. Our gospel takes us to one of those promises, back before Jesus’s arrest, back before his agony in Gethsemane, to the Last Supper after Judas had gone to betray him. There John’s gospel has Jesus make a farewell speech.

That’s all Jesus asks of us, that we love one another. What could be simpler? Jesus calls us to love. Well, if you know the church, you know we made it complicated. But Jesus is the Good Shepherd who knows his flock so he knew we cannot even love faithfully and consistently—without preconditions and caveats—on our own, so Jesus promised that we would not have to try to love or do anything else in our own strength. The Spirit of God who is with us, who was already with the disciples, would now be with them—and us—in a whole new way. The gospel says the Spirit is with us already but now will be in us, a deep and intimate bond that can never be broken.

This Spirit is the Spirit of God; She is God. She is the fullness of God without limits, the Font of Creation, the Fire of Sinai, Water in the Wilderness. She is the one who hears the cries of the battered, abandoned and betrayed, and she is the one who guides and accompanies, saves, heals, and delivers. And, she is the one who folded her majesty into the womb of the Ever-Blessed Virgin and brought forth a life that could not be extinguished by death.

It is she who is with us, with us and in us. And yes, She. Jesus spoke Hebrew and Aramaic, and in those languages the Spirit is only “she.” Translated from my Hebrew New Testament our gospel says: This is the Spirit of truth, whom the world cannot receive, because it neither sees her nor knows her. You know her, because she abides with you, and she will be in you. This is what Jesus said. Grammatically it was impossible for him to say it any other way.

In the Greek of the gospels, the Spirit has no gender. A more literal translation of the text would be: This is the Spirit of truth, whom the world cannot receive, because it neither sees it nor knows it. You know it, because it abides with you, and it will be in you. There is no masculine pronoun for the Spirit in Greek. It is simply not there.

So consider that in neither of the biblical languages is God’s Spirit ever male. A couple of hundred years after the gospels were written, literally centuries later, they were translated into Latin which used male pronouns for the Spirit of God. And since Latin became the language of the church we—well, not me—the church uses male pronouns as in the creed and most of its liturgy and wrote them into the scriptures.

Some might say it doesn’t matter. Any pronoun will do because God is beyond gender. And she is, but we are not, not yet, though we may be on our way. I want to suggest that it does matter and that how we see and describe God has everything to do with how and whether we love one another as Jesus commanded. It matters that we can see God in us and us in God, which is the point of the incarnation. God became human, to be like us, to be with us, to live as us, to love us to and through death, as Jesus commanded us to love each other.

Sometimes it is hard to see the image of God in others or even ourselves because the church has deified whiteness, even to the point of largely rejecting the historical Palestinian Jewish Jesus, for pale imitations. Can you see yourself in the images of God: on the walls, in the windows, and in the words of liturgy? What about in the Bread? It has been important to me that the body of Christ I proclaim is at least, sometimes, brown like me.

The insistence that God is male and only male in spite of all of the places scripture paints a broader and more nuanced picture served and serves to buttress patriarchal power and baptize it as the natural order and God’s will. In Deuteronomy God is the father who creates and the rock who gives birth. (Dt 32:6; 18) In Job God is the one whose womb birthed the seas and the frost and the ice and, God is the father of the rain and dew. (Jb 38:8; 28-29)

God’s womb is the source of her love for us. Over and over again the scriptures proclaim God’s love using a verb that means both the womb and the love that springs from it. The love that Jesus commands of us is an extension of that love. God is Love. We who love God love each other with the love of God within us. And in that love there can be no hierarchy, no domination, no bias, no privilege.

We are in difficult days as a nation and around the world. The shouting we hear in the streets and on the news is not hallelujah. Not everyone is counting the days until Jewish or Christian Pentecost. Many are counting down to the next tweet, scandal or tweet about a scandal. Even in this we are commanded to love. It is here that we see love is not weak, does not condone or cooperate with evil. Love speaks truth, unwanted, unwelcome truth. Love holds accountable. Love resists injustice at any cost. And when necessary, love leads to death that others may live.