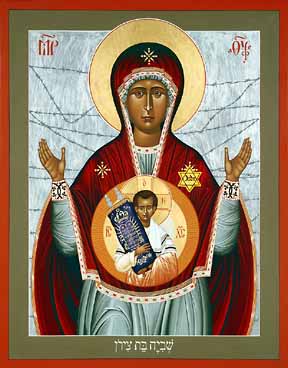 We will say what we believe as a church using the ancient words of the Christian tradition after the sermon. But what would it look like if you wrote your own creed? I encourage you to do so. Know that it’s all right if you find yourself disagreeing with the Creed we say or have questions about something you thought you were sure of before. It’s all right if your creed is more question that statement. Your creed need not be long. Your creed can be as short as: I know God is real and I know she loves me, or: Jesus is God’s love in human form.

In our Acts lesson, Peter is telling the version of the Jesus story that he believes. It is also the Pentecost story but the lectionary is saving some of it for Pentecost Sunday. Peter is speaking to men who are his fellow Jews but who do not believe what he believes about Jesus. Both of those facts about Peter’s audience are important. These men are questioning the behavior of the folk who are in the street speaking in foreign languages they have never spoken before. If those folk are the same ones who were in the upper room waiting for the extravagant outpouring of the Holy Spirit that was to come—the remaining apostles, Jesus’s four brothers, Mary and the “certain women” who rounded the group of sixteen men up to the one hundred and twenty present in the beginning of the story—then Peter was explaining to these men why more than one hundred women along with some men were behaving this way. Peter understood their outrage because some or all of the men Peter was speaking to may have believed certain things about what women should or could do as he may have at one time, or still. What do you believe?

Peter turned to the prophet Joel to explain that God’s spirit falls on women and men, the old and the young, the free and enslaved. Peter and his generation believed that it was acceptable and normal for one human being to hold another in in slavery. I don’t believe that and I suspect you don’t either. Sometimes what we believe conflicts with or even contradicts what our scriptures say, and for good reason. What do you believe?

Peter had come to believe that Jesus was God’s chosen and beloved son who was crucified and raised from death by the power of God. What do you believe? But Peter is speaking to other Jews who do not share his newly found beliefs. Have you ever had a conversation with someone who just found religion? Veganism? Recycling? Running? Atheism? Ever had a neighborhood missionary, environmental or anti-fur activist show up on your doorstep? Ever been backed into a corner by someone whose political and conspiracy theories explain the answers to questions you never asked? Ever comment on a game and had every statistic on every player in franchise history rattled off for you? Or their latest work from home/pyramid scheme? Or the newest diet/detox? Or the latest self-help book or program? And, let’s not forget TCU (or Dallas Cowboys) football.

Peter had the religious zeal of a new convert buttressed by the experience of a person who has seen things they wouldn’t have believed possible. He knows what he believes and he believes—he knows—his beliefs would be good for you too. He also knows his audience. They are his people. He is one of them and he stood where they stood not long ago. He understands their disbelief because he shared it. But more than that, Peter denied Christ. Peter denied knowing Jesus, his friend and companion, and left him to die alone with the sight of that betrayal as the last image of his friend.

Peter projected all of his guilt onto his brothers saying, “You that are Israelite men…” The NRSV unnecessarily makes the text inclusive. Peter is not speaking to all the Israelites present there. He addresses only the men because the women stood with Jesus at the cross and went to him at the tomb. His language is harsh because he is indicting himself though he may not know this. It may be unconscious.

Hear Peter’s confession as an act of contrition:

Jesus of Nazareth, a man attested to me by God with deeds of power, wonders, and signs that God did through him before me, as I myself knew full well—this man, I handed over according to the definite plan and foreknowledge of God, him I crucified and this man I killed with my own lawless hands.

The weight of his complicity in the death of Jesus was too much for him to bear, even with the forgiveness Jesus offered from the death grip of the cross, so Peter projected it onto his people.

Read without an understanding of Peter’s interior landscape, the text can easily be read as an indictment of “the Jews” for the death of Jesus. And to our eternal shame as Christians, it has been, and not just from this text. Christians throughout the ages from popes and their crusading armies to Hitler’s Nazi party to today’s alt-right neo-Nazis have blamed the Jews for the death of Jesus and used that charge to justify slaughter, theft and extermination campaigns not limited to the Crusades and the Holocaust.

Some will say that because these folk betray the teaching and example of Jesus, they should not be called Christians. However, if we exclude the perpetrators of every reprehensible deed done in the name of Christ from Christianity, we are left with an unrealistically innocent faith that avoids responsibility for the slavery, genocide, exploitation and holocausts perpetuated in its name with the backing of its faithful from pulpit to pew.

As the sun sets here and now a new day dawns according to Jewish tradition. That day is Yom HaShoah, the Holocaust Day of Remembrance.

We owe it to the living and the dead to reject anti-Semitism in and out of the Church, and to never deny our complicity in the deaths of our fellow human beings, children of God, beloved of God, created in the divine image as are we. This I believe.

John—or someone writing in his name—I don’t believe John wrote this gospel since his name was added to it much later— the author found himself in the same theological space as Peter, a Jew who believed some things about Jesus his fellow Jews did not. The gospel also represents a time when belief in Jesus as messiah by Jews led to a conflicted identity that was ultimately rejected by other Jews. For this reason in the gospels, the expression “the Jews” can almost always be translated, “the other Jews.” Jesus, Mary and Joseph, and the overwhelming majority of the disciples and early church were Jews. And those who followed Jesus did not understand themselves to have left Judaism that was more a cultural identity than a faith one could convert to or from.

The author of the gospel of John wrote in order that we who read might believe what he believed:

These [things] are written so that you may come to believe that Jesus is the Messiah, the Son of God, and that through believing you may have life in his name.

The person who wrote this gospel identified himself as the one whom Jesus loved as though he believed Jesus loved him more than the rest of us. I don’t believe that.

Here’s what I do believe, that Jesus, the love of God in human form, the fullness of the formless eternal God passed through the womb of an unmarried teenage girl and loved the world into a new reality even as the old reality continued to crucify, ravage, enslave and subjugate. The Roman Empire, a system of domination, acquisition and occupation that transcended and survived individuals, soldiers, senators, emperors and caesars, put Jesus to death along with anyone who threatened or resisted them.

Jesus defied the empire with his life and the empire put him to death, not a religion but the worship of power, nor an ethnic culture, for empire transcends and transforms identities. But the power of empire cannot stand against God. The resurrection of Jesus from the dead proves that neither the empire nor death itself can stand against God or the life and love she gives to the world.

We are called to live in that love, among ourselves and with those who do not believe what we believe. As we remember the Holocaust we remember with sorrow that far more Christians sided with the empire and the cult of death than with the life and love of the resurrection. We also remember that people were consigned to death for being Jews, Roma, lesbians and gay men, people with physical and intellectual disabilities and more.

We celebrate Easter for fifty days to practice living into the life and love of God made manifest on that first Easter day. May we like the disciples who feared those who did not share their beliefs find the risen Christ in the place of that fear and come to believe in a love that is greater than fear or death. And may we be known as a people through whom God loves the world into life. I believe God is life and love. What do you believe?

I believe in one God,
Mother and Father, Sovereign and Almighty,
maker of the heavens and the earth,
of all that is, seen and unseen.

I believe in one Redeemer, Jesus Christ,
the only Son of God,
eternally begotten of the Sovereign,
God from God, Light from Light,
true God from true God,
begotten, not made,
of one Being with the Sovereign.
Through whom all things were made.
For us and for our salvation
he came down from heaven:
by the power of the Holy Spirit
he became incarnate from the Virgin Mary,
and was made human.

For our sake he was crucified under Pontius Pilate;
he suffered death and was buried.
On the third day he rose again
in accordance with the Scriptures;
he ascended into heaven
and is seated at the right hand of the Sovereign.

He will come again in glory to judge the living and the dead,
and his dominion will have no end.

I believe in the Holy Spirit, the Creatrix, the giver of life.
With the Father and the Son She is worshiped and glorified.
She has spoken through the Prophets.
I believe in one holy catholic and apostolic Church.
I acknowledge one baptism for the forgiveness of sins.
I look for the resurrection of the dead,
and the life of the world to come. Amen.