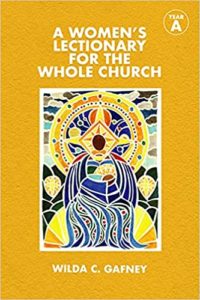 David smote them from twilight until the evening of the morrow. None of them escaped, except four hundred young men who mounted camels and fled. (1 Samuel 30:17)

David seems quite the dashing hero, rescuing his womenfolk and the wives and womenfolk of his menfolk. But, a text without a context is a pretext and so the word for the morning is “Collateral Damage.”

Let us pray: May we who have gathered to share a preached word from these ancient words encounter a living word. Amen.

When David was on the run from Saul, he became a Philistine mercenary with four hundred dejected indebted embittered men of his own, who went on the run with him (1 Samuel 22:2). Men who no longer had a social stake in the welfare of their people because they no longer had an economic stake and perhaps no longer had the wherewithal to have a finely prepared medium rare steak — that is without purloining the sirloin. David and his merry, rather, morose marauders would go on a rampage leaving very little but collateral damage in their wake.

Now David was no fool. He knew very well that innocents could be and were regularly collateral damage on the battlefield and in its aftermath. So he gathered up the people who were most important to him, his mama and his daddy and took them out of the country to great grandmother Ruth’s people in Moab (1 Samuel 22:3). He didn’t want his family to become collateral damage.

Saul was still trying to kill him and the Philistines only half trusted him so, David and his men were cut off from royal resources. They tried and failed to strong arm a rich landowner; but his wife Abigail, not wishing to become collateral damage herself, gave up the goods after which David said, “Blessed be your discernment woman… Surely as the Holy One the God of Israel lives, who has restrained me from hurting you, unless you had hurried and come to meet me, truly by the light of daybreak there would not have been left to Nabal [your husband] a single male urinating against a wall.” David was prepared to kill every man and boy who was old enough could stand up to pee if they did not give him their property at sword point. (1 Samuel 25:33-34) A suspiciously short time later, after her husband’s convenient death, Abigail and Ahinoam – the next woman David picked up in the next verse with no fanfare or description – rode off into the sunset with all the goods in a three-way marriage neglected by those who romanticize David’s union with Abigail. And Ahinoam becomes exegetical collateral damage.

While he was serving the Philistine king, Achish, David asked for lands of his own as he had just begun his collection of women that would measure in double digits and was going to need a place to settle them while he was off killing the women and men in other people’s families. He was given Ziklag of our first lesson today (1 Samuel 27:5-7). Then David and his now six hundred men made a series of unprovoked raids including against the Geshurites, the Girzites, and the Amalekites and their land:

David smote the land and there was neither woman or man living; and he took sheep and cattle and donkeys and camels and clothing … and,

Neither woman nor man David left living to be brought back to Gath, saying, “Lest they tell about us, and say, ‘Thus did David.’” Thus was his custom… (1 Samuel 27:9, 11)

David slaughtered every woman and man who came across his sword because he wanted what they had. They and their children were collateral damage. The text says he even smote the land. Folk don’t teach or preach these stories often, if ever. They have become collateral damage themselves to the legend of David. A legend bolstered by passages such as the one we heard this morning. Truth is the first casualty of war as Hiram Johnson put it in slightly different phrasing. The truth, truths, or truthiness of the text – thank you Stephen Colbert – is often a casualty of patriarchal, plantation, colonized and colonizing exegesis.

David treated women and children as collateral damage in his rampaging across the countryside. But his enemies, whose women and children he had slaughtered, treated his womenfolk and the womenfolk of his bloody bandits as valuable hostages so that they were alive when David came storming through to take them back. They did not do unto David as he had done unto them. Naturally, David took his womenfolk back in his old style: David smote them from twilight until the evening of the morrow. None of them escaped, except four hundred young men who mounted camels and fled. (1 Samuel 30:17) This time there was less collateral damage.

Collateral damage is the way the military talks about unintended deaths and destruction during sanctioned military violence. Unintended but not unavoidable. I say this as a former Army chaplain. Every military offensive comes with the possibility of collateral damage and someone makes the decision that it is worth the risk to lives and limbs and homes and hearts. It is a tacit and tactical understanding that some losses are worth bearing to achieve an objective, but for the most part those losses will be borne by someone else. As a chaplain I was not in the rooms where those decisions were made just as there was no prophet traveling with David. My critique doesn’t mean I believe military ministry is futile; I remain a strong advocate for the chaplaincy.

The very earth is collateral damage to consumption and waste and can-kicking and nuclear posturing. The beauty of the heavens and the earth is being corroded and corrupted and consumed without conservation. The space race is an actual race to get there first, to plant a flag, to build a habitat, to make arable land, and that land too, whether on the moon or on Mars will become collateral damage to unrestrained corruption and consumerism without restraint. Just look at the circle of space junk surrounding this planet. We will need a new heavens and a new earth because nothing in creation will remain uncorrupted by human greed and excess.

But back here on earth, when those of us who have been deemed acceptable losses or collateral damage cry out like the psalmist, How long, Holy One? …Look! Answer me!, we don’t cry out alone. Our prayers are not going unheard no matter how long we’re in captivity or how far we’ve been trafficked from home. Jesus says the angels of God are are in the very presence of God and see her face. Not just any angels. The angels assigned to the little ones, the ones treated with contempt. The ones other folk treat like collateral damage. Their angels have a front row seat in the court of heaven.

Rise Resplendent One! And let your enemies be scattered and let your haters flee from your face. (Numbers 10:35, Qumah *Shekinah! V’yaphusu oyeveka, v’yanusu m’saneka mippaneka!) Get up God! Don’t your hear your children crying?

Whether you have wandered off or been run off, God in Christ Jesus will come see about you. God herself will come see about the little one, the vulnerable one, the one treated with contempt, the one treated as collateral damage. God will come see about her child. And when God finds that precious one, if they are entangled in brambles like white supremacist patriarchal colonizing manifest destinal translation, exegesis and theology, God will cut it down and if necessary burn it out from the root. If God’s children are being harried by a pack of transphobic and homophobic wolves, God will beat them down with her rod and staff that are offensive as well as defensive weapons and snatch her children from the ravening teeth, bruised but breathing, battered but believing. And if God’s child is teetering on the edge of a cliff unaware or even fully aware of the danger looming ahead but past caring, God will snatch them back from the gates of death and leave no collateral damage behind. And if they are simply lost, God will guide them all the way home, nudging them when they start to wander off and when they get tired, God will pick them up and carry them in her bosom or sling them across her shoulders, bearing the weight of the work of the walk home.

God will come for her child. And those who ravage the earth that is God’s handmade creation and the children that God has hand crafted and planted upon her along with every good thing, they will mess around and find out that God will come for them too. Because no one is designed to be collateral damage. There there is no acceptable margin of loss to God because there are no acceptable losses to God. No not one.

Not even a mama’s boy from Nazareth whose people were collateral damage to empires from the east and empires from the west across the span of time. Who bore in his body all the vicious and depraved damage one human being can do to another in the name of an empire that policed and prosecuted a radical revolutionary coming for their power with a love that transcends fear and death. And in so doing he ransomed all of us into a life where no one is collateral damage, using his own life, torturous death and glorious resurrection as the collateral for our souls.

Colonizers fall. Empires fail. The descendants of the people who were bought and sold and trafficked flourish and remake the old empires and the new commonwealths and, the colony turned colonizer is finding itself transformed into a new world populated and led by people who were once not counted as people. The old empires will become collateral damage themselves, to a way of love that says, See to it that you do not treat one of these little ones with contempt. No one is an acceptable loss to God. There is no room in salvation for collateral damage. Amen.