Here are some texts (and a modified collect) likely to be included in future volumes of the Lectionary. 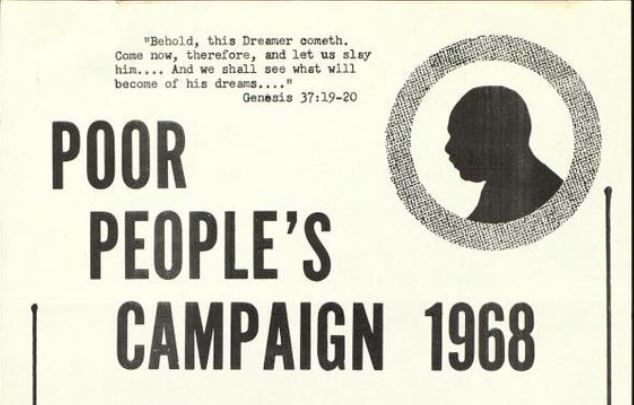 Almighty God, by the hands of Miriam and Moses your servants you led your people out of slavery, and made them free at last: Grant that your church, following the example of your prophet the Rev. Dr. Martin Luther King, Jr. may resist oppression in the name of your love, and may strive to secure for all your children the blessed liberty of the Gospel of Jesus Christ; who lives and reigns with you and the Holy Spirit, one God, now and forever. Amen.

Genesis 37:19 They said to one another, “Look! Here comes this dreamer – this master of dreams. 20 Come on, let us kill him and throw him into one of the pits and then we will say that a wild animal has devoured him and, we shall see what will become of his dreams.”

1 Truly God is good to Israel, to the pure in heart.
2 Yet as for me, my feet had almost stumbled; my steps had almost slipped.
3 For I was envious of the arrogant; I saw the peace and prosperity of the wicked.
4 For fear of death does not constrain them, their bodies are luxurious.
5 They do not share the trouble common to earth’s children; they are not plagued like Eve’s descendants.
6 Therefore pride bejewels their necks; violence enfolds them like a covering.
8 They scoff and speak with wickedness; from on high they bespeak oppression.
9 They set their mouths against heaven and their tongues transverse the earth.
12 Look! These are the wicked, ever at ease, multiplying wealth.
13 Truly in vain have I kept my heart clean and washed my hands in innocence.
17 Until I went into the sanctuary of God, then I understood their end.
18 Truly you set them in slippery places; you make them fall to ruin.

Hebrews 11:1 Now faith is the essence of things hoped for, the conviction of that which is not seen. 2 By faith, indeed, were our ancestors approved. 3 By faith we understand that the worlds were set in order by a word from God, so that what is seen was made from that which is not  seen.

23 By faith Moses was hidden after his birth by his mother and father for three months, because they saw that the child was beautiful; and they were not afraid of the king’s command. 24 By faith Moses, after he had grown up, refused to be called a son of Pharaoh’s daughter, 25 rather choosing ill-treatment with the people of God than enjoyment of the transitory pleasures of sin. 26 He considered abuse for the sake of the Messiah to be greater wealth than the treasures of Egypt, for he was looking ahead to the reward. 27 By faith he left Egypt, unafraid of the anger of the king; for he persisted as though he saw the unseen. 28 By faith he kept the Passover and the sprinkling of blood, in order that the destroyer of the firstborn would not touch the firstborn daughters and sons of Israel. 29 By faith they passed through the Red Sea as on dry land, but when the Egyptians tried taking the path, they were drowned. 30 By faith the walls of Jericho fell after having been encircled for seven days. 31 By faith Rahab the prostitute did not perish with those who were disobedient, because she had received the spies in peace.

Luke 24:13 Now see, two of them on that very day [the first day of the week] were going to a village that was seven miles from Jerusalem; its name was Emmaus, 14 And they talked with each other about all the things that had happened. 15 And it happened while they were talking and questioning that Jesus himself came near and accompanied them, 16 Yet their eyes were kept from recognizing him. 17 And Jesus said to them, “What is this conversation you are having with each other while you journey?” They stood in place, sorrowful. 18 Then one of them, whose name was Cleopas, replied to him saying, “Are you the only foreigner in Jerusalem who does not know the things that have happened there these days?”19 Jesus asked them, “What kind of things?” They replied, “About Jesus the Nazarene, who was a man, a prophet mighty in deed and word before God and all the people, 20 Also how our chief priests and leaders surrendered him to be sentenced to death and crucified him. 21 But we had hoped that he was the one to soon redeem Israel. Now besides all this, instead, it is now the third day since these things have taken place. 22 Then again, certain women of our community astounded us. They were at the tomb this morning. 23 And when they did not find the body, they came back and told us they had seen a vision of angels who said Jesus was alive. 24 Then some of those who were with us went to the tomb and found it just as the women had said, but they did not see him.”