Are You My Sister?

Are You My Sister? 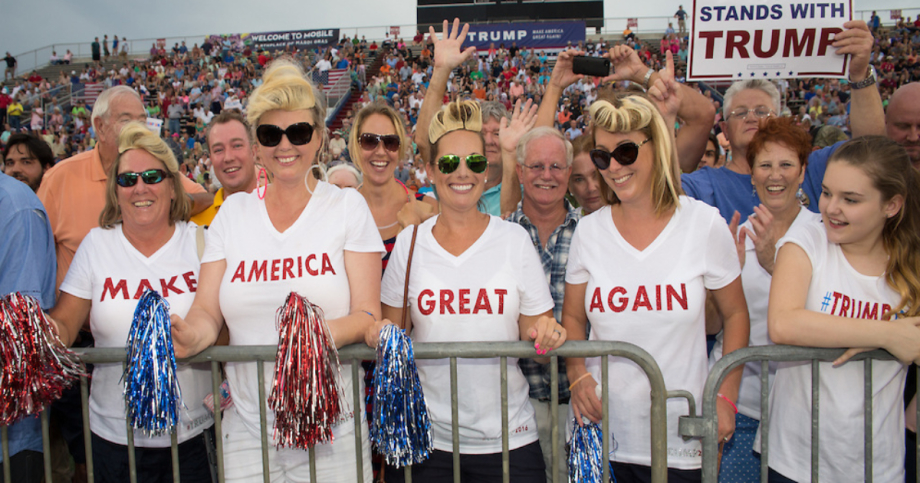 Update: The image (below) I first used for the post was apparently altered by someone else without my knowledge. The original is above. I have decided to keep both. The truth is I and meany others understand “great” in the Trumpian context to mean “white.” 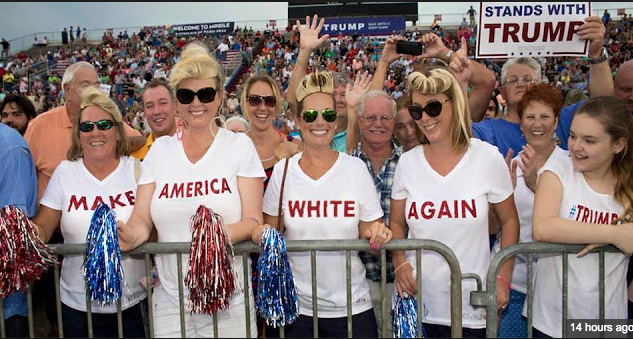 My bones ache with the memories of white women’s betrayal encoded in their marrow.

Plantation mistresses equally responsible for the rape and ravagement of black girls and women, spinning their savagery into black gold, ever lighter. Brutalizing, burning, maiming, cutting, blinding, disfiguring enslaved black women for having been raped by their husbands, fathers, brothers, sons. Choosing white privilege and white supremacy over humanity and solidarity. And calling it Christian. Their betrayal is in my bones. Passed down through the wombs of my mothers. It greets me in the mirror in my less-than-black black skin.

Suffragettes whose commitment to women’s right to vote included black women as long as it was understood they were there on suffrage and they and their men would be sent to the hungry arms of lynch mobs if their forgot their place, behind white women.

And let us not forget the Church and its good Christian white women. My sisters in Christ. White bread and white Jesus surround you reminding you that you and your lily white skin are created in the image of the white god fantasized and fetishized by your fathers.

Are you my sister?

Or does your whiteness preclude you from seeing me in my blackness as human?

Do not tell me that you are my sister.

You have already shown me who you are.