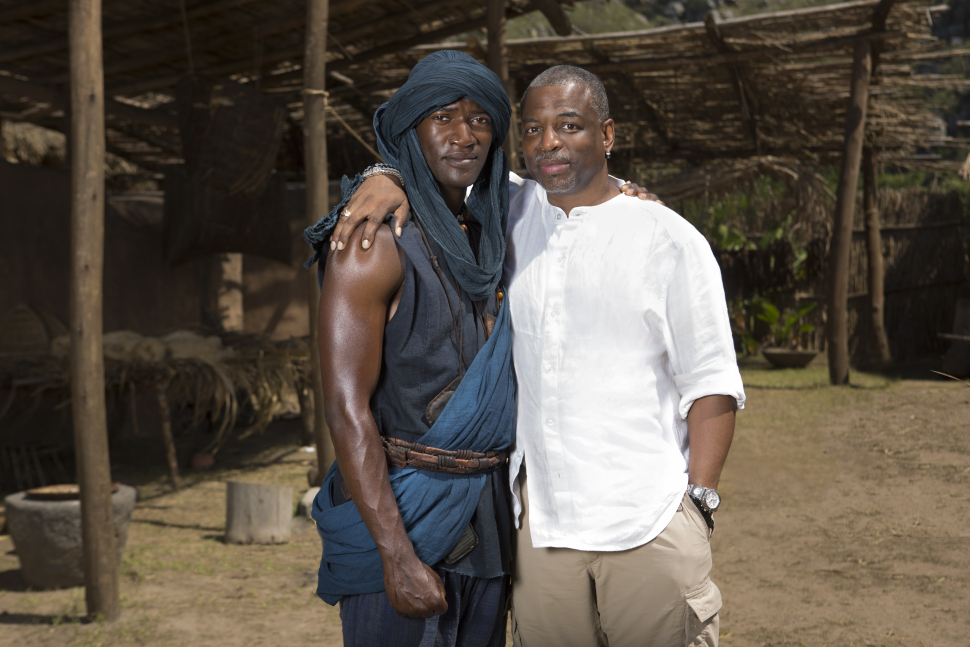 I admit that I was disturbed at the news of a ROOTS remake, particularly at the hands of the History Channel that did such violence to the Bible in its whitewashed fan-fiction offering. I was somewhat mollified when I heard LeVar Burton was one of the folk behind it. Then I read Awesomely Luvvie’s (Luvvie Ajayi’s) endorsement. So I decided to watch it for myself with some hopeful anticipation.

ROOTS re-imagined was in a word: searing.

It was beautifully shot and powerfully effective. It was not as impactful on me as the original, nor could or should it have been. The original Roots mini-series was like nothing I or the world had ever seen. Its impact was devastatingly powerful on me as a child, even as a child raised by parents who taught me the unflinching truth about slavery.

Fortunately the new production did not try to recreate the old one but told the story in a new way for a new audience. I did not set out to track differences between the two productions however one stood out to me; Kunta Kinte’s Muslim faith was much more visible. ROOTS is a necessary lesson in American history. I hope families watched with their children as they did before. I hope teachers will incorporate it. I hope clerics will preach about it. I hope America will learn from it.

The musical cultural of the free and enslaved Africans was powerfully portrayed – the use of a trope to sing a subversive conversation about overtaking the slave ship and escaping was breathtakingly beautiful. In it I hear resonances with chanted Torah and Jewish and Christian liturgies and recitation of the Quran. I also loved the way that Kunta and Kizzy were able to connect to their parents across time and space.

I live-tweeted each episode and have storified my tweets. I am not surprised but am disappointed by the number of white apologists for slavery and those white and black folk who want to advocate for a Christianity that doesn’t include slavery, genocide, patriarchy or any other systemic failing so they can hold only individual persons accountable for their sins. We will not have learned the lessons of ROOTS then or now, of our ancestors – enslaved or free – or the history of this nation, the Church or the world if we do not understand that white supremacy and its get are systemic and endemic.

It is apparent to me from the questions and comments I received online that too few white people know the history of slavery in the Atlantic basin, not the fact of it – though there are those who still deny it – the history of daily degradation, malnourishment, torture, rape and incest, maiming, forced breeding, selling of family members and murder. Unlike when ROOTS first aired, the testimonies of former slaves are readily available and scholarship on American chattel slavery is widely accessible. We can’t rely on the educational system to teach meaningfully about slavery. Most of the African American people I know included myself were educated by our parents, other black folk and ourselves. I’m still waiting for white folk especially those who present themselves as allies to do the same in comparable numbers.

Finally let me say something about the truth of ROOTS. ROOTS is not factual in some ways such as the life details, genealogy and identities of some characters. Alex Haley was widely assailed for historical inaccuracies and embellishing. But ROOTS is true. It is true like the bible is true in spite of the places in which is not historically or factually true. Truth is broader, deeper and wider than fact. ROOTS tells the truth about America.