Between Babel and Babble: Pentecost

Between Babel and Babble: Pentecost 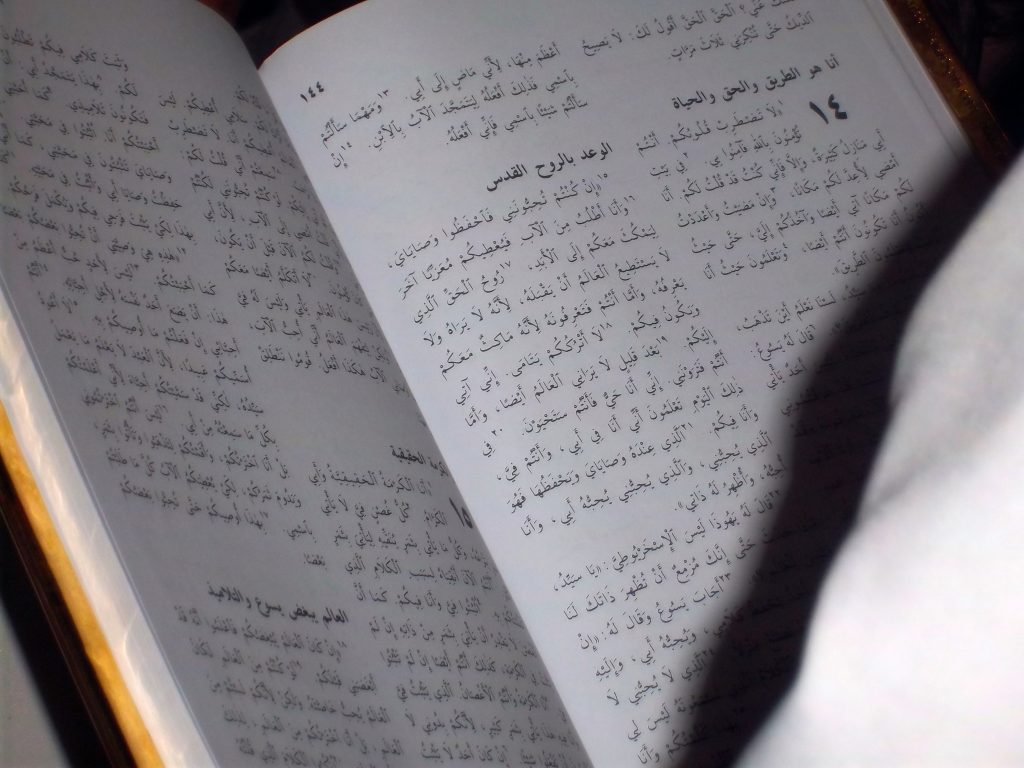 Let us pray: Holy Spirit, transform us, our hearts and our homes, the Church and the world. Amen.

Pentecost is dramatic. It’s noisy. And it is Episcopalian. We are a Pentecostal church, but we tend to be long, low and slow burning compared to some of our Christian kinfolk. There are many kinds of fire or flame. The orange flames with which we are most familiar burn in luminous flame. They give us light and heat. Fire comes in many other colors. Blue and white, yellow and green. Those flames are generally produced from equipment like blow torches and Bunsen burners. The same piece of equipment can produce different color flames depending on how much and what type of fuel it receives. While there are some flames that are fueled by chemicals and a wide variety of fuel, the flames we are talking today are fueled by oxygen, like the breath of God, the Spirit of God. The spirit of God is the womb of creation; her breath is our breath. And She is our Mother.

John 14:17 This is the Spirit of truth, whom the world cannot receive, because it neither sees her nor knows her. You know her, because she abides with you, and she will be in you.

I mentioned at the beginning of the service that I translated today’s Gospel from Hebrew, the language in which Jesus heard and read the scriptures. In it as well as in Aramaic the language he spoke, the spirit is feminine. The scriptures present God as masculine and feminine, Mother and Father. In the First Testament God is the Rock who gave birth to us and the sea and in the New Testament God is the father of Jesus and ours, the woman who searches for her lost coin and the shepherd who looks for his lost sheep.

That is the message of the epistle we could have heard today: Romans 8:14 For all who are led by the Spirit of God are children of God… 16 it is that very Spirit bearing witness with our spirit that we are children of God. We are all God’s children. The lessons of our other readings are that God’s family is diverse and her church ought to be as diverse as the family of God.

In the same way that flames burn at different strengths, intensities and colors, we are fueled by God’s Spirit and we each burn differently. The Church is supposed be diverse, made up of people from every nation under the heavens. That is what the catalogue of nations in our Acts lesson is telling us. We are one body, one family, but we are not the same. And we’re not supposed to be. Some of our churches have a lot of work to do to look like the church in Acts. Some folk have forgotten that the Church doesn’t belong to us. It is God’s and we are all welcome to her table. Sometimes, well-meaning folk invite others to their church hoping to include them as long as they don’t change anything: You are welcome to our church but it is ours, you are a guest; know your place. Pentecost reminds us that we are all guests at God’s table. We have to learn to scoot over and make room for each other without staking a claim on the table itself.

If you saw the installation of our Presiding Bishop you saw the beauty and wealth of culture and diversity that is in our Episcopal church: Native American dancers, African American gospel choirs, Mexican American guitars, people who pray and sing in all of the languages represented by the nations in Acts and our original, English, Anglican heritage. Too often our congregations and our worship fail to live up to and into our Pentecostal heritage. You know, there are Episcopal and Anglican churches where people say “hallelujah” out loud, spontaneously and not just during the psalm reading or dismissal.

Genesis 11:1 Now the whole earth had one language and the same words… 5 The Holy One came down to see the city and the tower, which mortals had built. 6 And the Holy One said, “Look, they are one people, and they have all one language; and this is only the beginning of what they will do; nothing that they propose to do will now be impossible for them. 7 Come, let us go down, and confuse their language there, so that they will not understand one another’s speech.”

It may not seem like it but even the tower of Babel story is about God’s preference for diversity in the family of God. Yes, at one level the story is about the Israelite low opinion of Babylon. That’s where the story is set. The story is the Israelite version of Babylonian history, not exactly unbiased. We are supposed to think that those Babylonians are so arrogant to build a tower to reach up into heaven. And we are supposed to notice that their efforts were so puny that God had to come down to even reach the top. But if we just ridicule the Babylonians, we miss the point that they wanted to reach heaven, to be in contact with their God, they wanted a direct path. That’s not a terrible thing. And even though the Israelites considered them to be enemies, God came down to see about them just as God came down to see about Israel.

The Babel story is a topsy turvy story. People reach out to heaven and are pushed away. People working together harmoniously are separated and confused. God doesn’t need towers or temples to reach God’s people so God directs their creative energy elsewhere. God creates diversity out of uniformity. What looks like chaos and confusion is community building. The babble of Babel is not non-sense. People found themselves able to understand some of the people around them, those people became their people and each group grew into a distinct people with their own language and culture, enriching the beauty of God’s creation. God scattered them across the earth that the world might be filled with diversity. The lessons of Babel and Pentecost are much the same. The aftermath of both stories is a changed people transforming the world.

Pentecost is about transformation. The Acts Pentecost was itself a transformation of Shavuot, the Festival of Weeks, which marks the end of the holy days that begin with Passover just as Pentecost now marks the end of Easter season. Passover marked redemption from slave labor. Pentecost was marked by rest from honest labor. Passover memorialized a bitter harvest with the bread of affliction. Pentecost memorialized the new harvest with its first fruits. Passover commemorated the procession out of Egypt and the death of their firstborn. Pentecost was commemorated with a procession of newborns as the first fruits of their families. The Passover table was set with hard, flat, unleavened bread, bitter herbs and salt water. The Pentecost table was set with fresh baked goods from newly harvested wheat and barley, fresh, ripe olives and fresh pressed extra virgin olive oil, fresh sweet grapes and new wine.

The Jewish feast of Shavuoth called Pentecost by Greek-speakers was one of the three great pilgrim festivals when everyone who was able traveled from wherever they were in the world to bring their gifts to God in Jerusalem. It was like Thanksgiving with in-laws and outlaws crowded into family homes and inns and elbowing each other at the table. Now for the Church Pentecost is one the three great principle feasts with Christmas and Easter.

Acts 2:1 When the day of Pentecost had come, they were all together in one place. 2 And suddenly from heaven there came a sound like the rush of a violent wind, and it filled the entire house where they were sitting. 3 Divided tongues, as of fire, appeared among them, and a tongue rested on each of them. 4 All of them, women and men, were filled with the Holy Spirit and began to speak in other languages, as the Spirit gave them ability.

On that day when the old festival acquired a new meaning, the breath of God blew a new fire from heaven fueled by an ancient and eternal power and stirred up the old gifts of the apostles and disciples and gave them new ones. At the intersection of heavenly fire and human speech the Church that is mother to us all came into being. Her birth cries were the voices of women and men prophesying as Joel prophesied they would:

The previous chapter in Acts tells that the eleven surviving apostles, Mary the mother of Jesus, his siblings – and he had sisters – and certain women made up the one hundred and twenty people who were gathering together the pray. That’s one hundred and five women and fifteen men if you’re counting. It was those women and men and whoever joined then on subsequent days on whom the spirit descended which is why Peter explained what was going on to the men of Jerusalem by quoting Joel talking about God’s gifts granted to the diverse fullness of humanity – woman or man, slave or free, old or young. All will speak for God. And Peter said Pentecost is the day that comes to pass. We are a Pentecost church and we are called to speak for God.

I know some think that being a prophet is all about predicting the future. I know some think that prophetic preaching is the call of preachers like Peter and priests like me. There is more than one way to be a prophet and the church needs them all. Prophets stand between God and the people bringing God’s word to the people and the people’s words to God like Moses, prophets lead the people from slavery to freedom singing new songs and dancing new dances like Miriam. Prophets demonstrate the power of God doing things that no one else can do like Elijah and Elisha. Prophets protect the people and when the enemy comes against the people of God, prophets take up arms to defend them like Deborah. Prophets whisper in the ears of Queens and Kings, Presidents and Prime Ministers, whether they listen or not like Nathan and Noadiah. There were scholar prophets like Huldah and illiterate prophets like Jeremiah. There were social justice prophets like Micah and Amos. There were praying prophets and prophets who saw visions and prophets who dreamed of a better world like Habakkuk.

Oh but I hear you saying God didn’t call me to preach or lead the people. I’m going to just set here on my pew and let the priests and pastors do all that prophetic work. You don’t have to be a priest or pastor to cry out against injustice. You have the same power as the ordinary women and men in that upper room. You have the same holy fire fueling you and your voice. Speak. Speak up. Speak for those who cannot. Let us be the church God called us to be. The power of God that transformed women and men and boys and girls, rich and poor, slave and free, Jerusalem Jew and Arabian Arab into the church is the same power that raised Jesus from the dead. That is the power that sustains and empowers the church. That fire is burning inside of you. Let it burn and change the world.