Premiering on Easter Sunday, AD the Bible Continues needs must go through the cross and the empty tomb (again). ;The Resurrection is at the heart of the Christian faith. It is borne witness to in the theological discourses of the earliest Christian writing, the Epistles, followed by narrative accounts in the four Gospels that were eventually canonized along with more gospels and other writings that were composed and circulated without official sanction. The accounts differ in the details – the number and sequence of human and angelic witnesses and, presence, prominence or exclusion of women. Like all interpreters the producers must choose an account or create a sequence by harmonizing the texts.

The passion story was presented largely from the Gospel of John, including some direct quotes. There was also some Matthew thrown in and a bit of shared material form Matthew and Luke. It’s clear that the Gospels were not understood as separate literary traditions with their own way of telling their different accounts of the larger shared story. They were treated as a collection of interchangeable parts to be assembled piecemeal.

I am as interested in the visual text with which the sacred story – my faith story – is told. The Israel of Jesus was as is the modern state of Israel, at the juncture of West Asia and North-East Africa. Jesus like his fellow Jews, Judeans, were Afro-Asiatics, the scholarly classification give the region and its languages stretching across North Africa into the Arabian peninsula. Europeans were not unknown; they were not interchangeable with Palestinian Jews. The subjugation of Greece and Rome led to an influx of Europeans but not to the transformation of Afro-Asiatic Semites into white (or white-skinned) Gentiles is suggested by the casting choices. 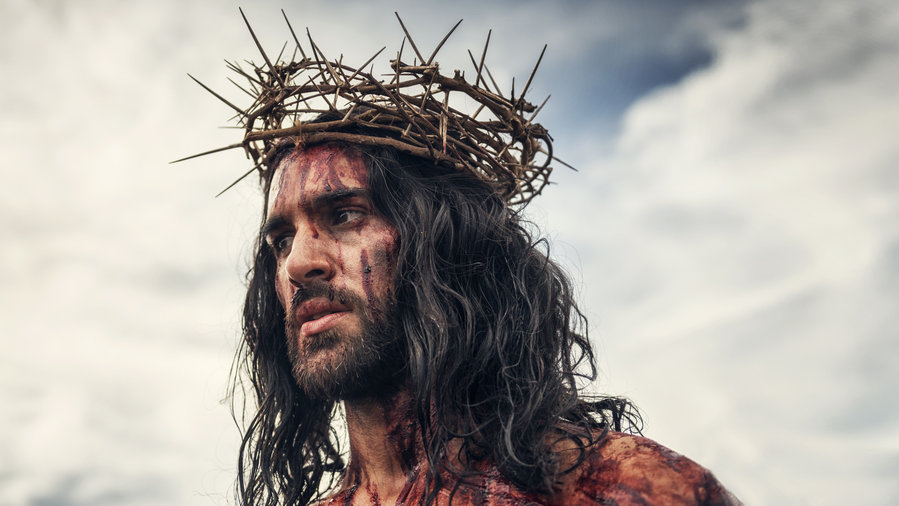 This series has already provided some small improvement on the diversity of main characters and extras that reflects some of the diversity of the ancient world. They have a long way to go. The series has work to do in telling the stories of the women at the heart of the Gospel. There were some very powerful scenes with Mary the Mother of God, but the many women who followed Jesus seemed to be compressed into one Mary. Their absence from the crucifixion scene was particularly notable.

Women were last to leave & first to arrive & yet somehow are completely erased when money is to be made dramatizing the gospel #ADBibleTalk — Brooklynn (@BrookieS) April 6, 2015 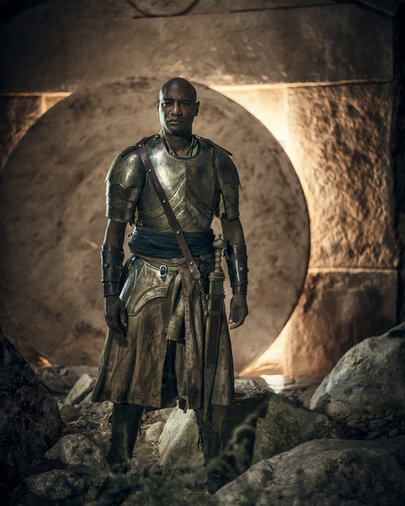 I would like to highlight two visual choices that I applaud in the series: The recreation of the Jerusalem temple is stunning and seems to correspond well to the authoritative sources. Only a bit was shown last night. I have looked at some of the publicity images. And, I love the militant depiction of the divine messengers or angels as well as their diversity. (They were present in the last series as well.) I even enjoyed the completely unbiblical meteor-landing the angel made.

There was some good conversation on Twitter. Here are a few of my favorites:

.@Drtysxyministry: So why are filmmakers fearful of having a Biblical film cast with Middle Eastern women and men? #ADTheSeries #ADBibleTalk — Wil Gafney (@WilGafney) April 6, 2015

We are still trying to wrap our minds around the implications of an account that doesn’t fully reflect the ethnic reality. #ADBibleTalk — Urban Faith (@UrbanFaith) April 6, 2015

I see Mary as representative of all mothers who have lost a child to a corrupt system. #ADTheSeries #ADBibleTalk — Andre E. Johnson (@aejohnsonphd) April 6, 2015

Look for more posts here and more conversation at #ADBibleTalk.