The third episode of the History Channel’s ratings-shattering series, The Bible, moves from the Israelite scriptures of Judaism and Christianity to the New Testament added by Christians to the canon we share with Judaism. I have previously responded to some of the issues of the series here and here and here. Today I’d like to reflect on some of the differences between the scriptures that Jesus knew and preached and the ones presented and, to some degree, created by the History Channel. (That the scriptures of Jesus were set in Africa – Egypt and West Asia – ancient Israel and Canaan and not Europe as their casting claims, must be repeated.)

To begin with, there was not a single collection of bound scripture in the time of Jesus. (Not that HC claims that there was.) There were collections of vellum (leather) scrolls – not papyrus as shown in tonight’s episode. And, all of the scrolls that would become biblical books were not yet in the canon, that is on an authorized table of contents. This passage from Luke identifies the bible as Jesus knew it (or as the author of the gospel knew it, or both):

Luke 24:44 Jesus said to his disciples, “These are my words that I spoke to you while I was still with you—that everything written about me in the Torah of Moses, the Prophets, and the Psalms must be fulfilled.”

Jesus is describing the tripartite canon of Judaism in which the Torah (Pentateuch in Greek) is Genesis through Deuteronomy, the Prophets are the Former Prophets: Joshua, Judges, Samuel and Kings – the latter two being single, double books, the Latter Prophets: Isaiah, Jeremiah, Ezekiel and the Twelve, (Hosea – Malachi) and, the Writings beginning with the Psalms. (Curiously, the rest of the Writings seem to be in flux: Proverbs, Job, the Song, Ruth, Lamentations, Ecclesiastes, Esther, Daniel – not a prophet in Jewish tradition, the double books of Ezra-Nehemiah and Chronicles.) Notice all of the scripture from the third division that has not yet made it into the canon by the time of Jesus – nothing other than Psalms. 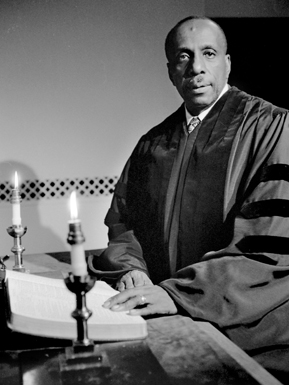 The iconic scholar-saint, preacher-pastor, mystic and mentor, Howard Thurman, wrote of the “religion of Jesus” including the scriptures of Jesus in his groundbreaking volume Jesus and the Disinherited. That book shaped my own vocation as a biblical scholar. The scriptures of Jesus were the scriptures of the Hebrew Bible (including those of the Aramaic Targums and perhaps to some degree those translated into Greek, the Septuagint.) Christians have problematically traditionally referred to the scriptures of Jesus as the “Old” Testament or Covenant, in part because of language in Jeremiah and other places that God would do something new in the world including a “new covenant.” As a result, Christians have struggled to articulate the relationship between the two testaments. Some have completely rejected the First Testament, except perhaps for the book of Psalms, and have been rejected by the Church as heretics, frequently called “Marcionites” after a bishop infamous for his rejection of the texts that were the scriptures of the same Jesus he confessed as Lord. Others look to the scriptures of the First Testament as a series of predictions – sometimes coded – pointing to Jesus of Nazareth as the Son of God, serving little other purpose. Others receive them as fully scripture, inspired and authoritative as are the newer texts in the collection.

As a Hebrew Bible scholar who loves the Hebrew (and Aramaic and Greek) scriptures of the First Testament, I am always troubled when they are given short shrift, whether by preachers in Lectionary traditions who think preaching the gospel means preaching (nearly if not completely exclusively) from Matthew, Mark, Luke and John or representations of the biblical narrative in print and other media like the History Channel’s production that reduce the First Testament to a mere prologue to the “real” story. I am mindful that Jesus preached the gospel without the lectionary, and he did so from the scriptures of Israel, the scriptures of Judaism. 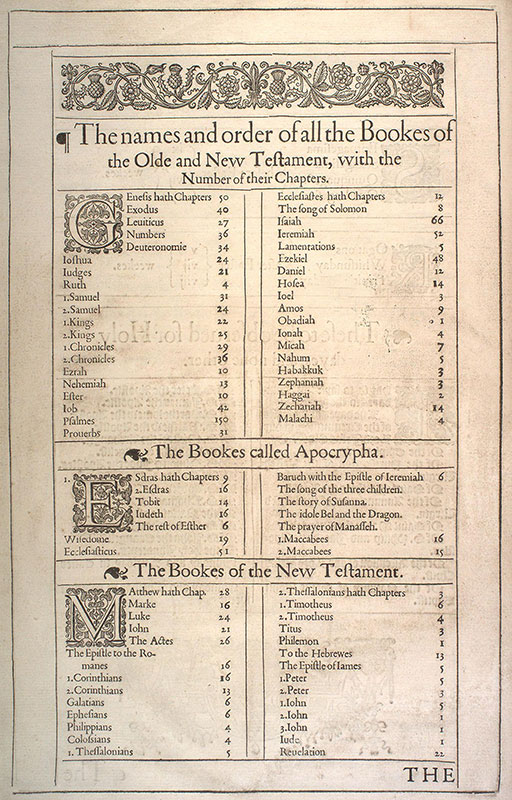 The History Channel begins the Jesus story midway through the third of five episodes. Yet anyone whose ever held – let alone read – a Christian bible knows that the pagination of the First Testament is more than double the Second. There are 23,261 verses in the shorter version of the First Testament used by most Protestants in the 66-book bible and 7941 verses in the New Testament. By the way, the Protestant Bible is the shortest and newest of Christian bibles and used by the fewest number of Christians around the world, yet its adherents – particularly in the American context – are the loudest. Catholic, Orthodox, Anglican and Episcopal bibles like the original 1611 King James Version of the bible, Martin Luther’s revolutionary translation and the earliest manuscript with both testaments, Codex Sinaticus, have 72 to 80 books or more and are read by the vast majority of Christians on the planet, more than a billion and a half people. There is perhaps the most diversity among the Orthodox with Ethiopian Orthodox including Jubilees and the Books of Enoch and some Slav churches including all four Esdrases. There are 29,474 verses in longer versions of the First Testament, including the Deutero-canonical (or Apocryphal Books). Many are unaware that the shorter Protestant bible was created in the new America, during the revolutionary war when a printer took it upon himself without the authority of a church council to print a bible whose contents he chose. That bible, The Aitken Bible is also significant for having been printed with the authority of the Continental Congress.

In other words, 75% of the bible we have is the bible of Jesus and of his people, the foundation of his ministry; 25% of Christian bibles tell and interpret the story of Jesus. The History Channel has ignored those proportions. To be sure, they are entitled to tell the story however they choose. But their choices are doing nothing to counter the rampant biblical illiteracy in this country.

For example, after watching the most recent episode will viewers understand the context and content of the Immanuel prophecy? That it was of a child who had already been conceived in Isaiah’s time? That before that child learned how to tell good from bad the kings arrayed against Ahaz would be gone? For Christians, those verses also prophecy of Jesus, but they never lose their original meaning in their original context.