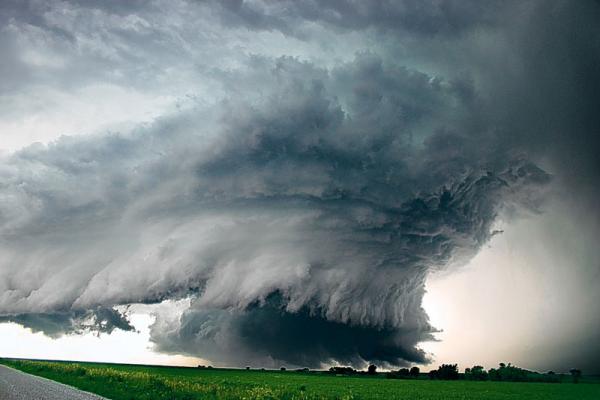 Job 38:1 Then the Holy One of Old answered Job out of the whirlwind:

2 “Who is this that darkens counsel by words without knowledge?

I will question you, and you shall respond to me.

Let us pray: Blessed are You, Yah our God, Heart of the Universe, who attends to us and hears the voice of our hearts; mother-love us and make audible the soft, still voice. Amen.

If I knew where to find God, I’d sue. That’s what Job said and that’s what Job did; he sued God. Job loses everything he has. His cattle and camels aren’t just money in the bank, they are the food in his belly, milk for his children, clothes on his back, the tractors with which he plowed his fields, fertilizer and fuel and transportation, Social Security and Medicare rolled up together. He has even made it his business to treat his slaves as justly as he knows how and he grieves their loss. And then there is the loss of all of his children at one time, a grief that overshadows everything else including the disgusting, oozing sores all over his body. All of Job’s children are dead and gone – murdered – and nothing will ever bring them back. Even if he has children later – and he will – they can never be replaced. And so he sues God. I understand. I am haunted by Job’s children, by the shades of his murdered children; they attend my teaching and preaching on and from the book of Job. They are three daughters and seven sons whose names and ages are neglected in the text. I will never forget them nor allow them to be forgotten.

The basis of Job’s lawsuit is that God has done him wrong by allowing his children to be butchered, his body to be afflicted and his wealth to be erased. After all, Job knows that he is blameless in God’s sight. And he knows that the prevailing theology of his day is that if bad things happen to you you are not a good person, you deserve whatever you get. But Job knows that he does not deserve any of this. (However, neither Job nor the biblical author take up the issue of whether wrong was done to Job’s murdered children.)

Where was God and what was God doing while Job’s life was being destroyed? God was there. And God did nothing. God permitted it, sanctioned it, suggested it. And if Job knew what we know from the narrator who speaks to the reader – that his life was crap because God was playing craps with his life – he might have wanted to do more than sue God. But Job doesn’t know that God set him up, used him and his children and all of their lives to prove a point. But Job does know that God is, that God is there and that God is just even when he doesn’t understand how a just God could let all of this happen. He knows that God is real and that if he can just find God and serve the Most High a subpoena and give God a piece of his mind, everything will be all right.

I’ve been saying that Job sues God because the Hebrew text is full of legal terminology and presents Job’s claim as a personal injury lawsuit. Words like “contend” and “reason” in English bibles are all translations of the word that means lawsuit, riyv, in Hebrew. Job spends the majority of the book looking for God so that he can have his day in court. And Job believes that he will get a fair trial and a fair hearing from God because he believes in a just God. Now, in order to sue God Job had a number of obstacles to overcome which he explains his friends. First, God is no ordinary defendant, (9:32-34):

For God is not a mortal, as I am, that I might answer God,

that we should come to trial together.

There is no umpire between us,

If God would take God’s rod away from me,

and not let dread of God terrify me,

then I would speak without fear of God,

for I know I am not what I am thought to be.

Second, he had to figure out how to serve God a subpoena. Job discussed his search for God with his friends in 23:3-5:

I would set my case in order before God,

and fill my mouth with arguments.

and understand what God would say to me.

If one wished to sue God,

one could not answer God once in a thousand…

If it is a contest of strength, God is the strong one!

How then can I answer God,

choosing my words with God?

Though I am innocent, I cannot answer God;

I must appeal for mercy to my accuser…

If I summoned God and God answered me,

I do not believe that God would listen to my voice.

If it is a matter of justice, who can summon God?

Though I am innocent, my own mouth would condemn me;

though I am blameless, God would prove me perverse.

Job had to find someone among his kinfolk and skin-folk, an advocate, a go‘el, (traditionally translated redeemer) to represent him. That was the system set up from the time of Moses – if you got into any type of legal or even financial trouble, one of your relatives was supposed to bail you out, literally. But who could serve as Job’s redeeming relative? The relatives who abandoned him when he fell ill and lost all his money wouldn’t help him sue God. He says (in 19:13), “My relatives and my close friends have failed me.” Of Job’s attempt to find legal representation to take on God, one of his friends (Eliphaz) says in 5:1, “Call now; is there anyone who will answer you? To which of the holy ones will you turn?” But Job is convinced that this thing can be done, he also knows he may not survive it and wishes to leave an account for all who follow, 19:23-24:

“O that my words were written down!

O that they were inscribed in a book!

O that with an iron pen and with lead

they were engraved on a rock forever!

He got his wish. Perhaps most importantly, Job knows that there is someone who will take his case and he will surely get his day in court. He says:

For I know that my Advocate lives,

who will at the last stand upon the earth;

and after my skin has been so destroyed,

then in my flesh shall I see God,

whom I shall see on my side,

and my eyes shall behold, and not another.

My heart faints within me!

Then, if there should be for one of them an angel,

a mediator, one of a thousand,

one who declares a person upright,

who is gracious to that person, and says,

‘Deliver him from going down into the Pit;

I have found a ransom.

let him return to the days of his youthful vigor.’

Then he prays to God, and is accepted by God,

he comes into God’s presence with joy,

and God repays him for his righteousness.

With every fiber of his being Job ached and thought, if I could just see God… And then, God appeared to Job in a whirlwind. Job seeks to draw a real, living God into court, and gets more than he bargains for. God shows up. God shows up and God blows up the courthouse. God shows up in chapter 38 and tells Job to tie up the man-flesh dangling between his legs and demands that Job answer, “Who is this that darkens counsel by speech without knowledge? Gird up your loins like a man, I will question you, and you will answer me!”

The book of Job doesn’t whitewash pain and suffering. Its scandalous theology is that God is gambling with your life and the lives of those you hold dear, including your precious children. And at the same time, the book of Job affirms a God who is there, a God who responds, albeit a God who does not do what we want or think, but an all-powerful, sovereign God. When Job meets God face-to-force, Job says, “I had heard of you by the hearing of the ear, but now my eye sees you. I reject all of this and am comforted in dust and ashes.”

The book of Job is an ancient theodicy; it is a theology of pain and suffering. And the book of Job is scripture to bear holy witness to the truth of the victimized and devastated who know that life is not fair, you don’t always get what you deserve, the innocent do suffer and God is inscrutable. Yet God is real and God is there and God will listen when you give God a piece of your mind about what God is doing to you, with you and the ones you love.

That’s what the disciples do in the Gospel. They are on the Sea of Galilee which can be a good place to have a party. That’s what I did on my first trip to Israel. I danced across the sea on a party boat. It was late summer. On my second trip, it was July and I was buttoned up against the cold and braced for the wind. And even with our modern, motorized boat we were buffeted on that tiny lake like we were in the ocean. And if Jesus had been onboard, I would have woken him up too. Loudly. That's what the disciples do, giving Jesus a piece of their minds: Get up Jesus! What do you think you’re doing? I can’t believe you’re lying there asleep while we are dying. Get up and do something!

Job teaches that even if you’re crazy enough to try to sue God, God will come to meet you where you are, God will speak a word – that if it doesn’t change your circumstances, will change you. God spoke to Job from chapter 38 to chapter 41. God spoke to Job for one hundred and twenty nine verses. And in that time, God didn’t change a single thing in Job’s life. God changed Job.

I say with Job, I have suffered unbelievable loss, but it’s all right. I’ve faced the limits of my own mortality, and it’s all right. I’ve called God on the carpet and been blown out of the water, and it’s still all right. How can it be all right? Because whenever I need to – and I need to frequently, I give God a piece of my mind. I have filed more than one lawsuit myself. Shall not, the Judge of all the earth do what is right? I know that I have a living Advocate to plead my case. Somewhere there is for me, a redeeming relative, some kin to help me save my skin. I know I will get justice. I know I can’t win against God, but when I have my say then I know there’s still justice and righteousness in the universe.

In the Name of God: