If We Can’t See God Then Give Us a King: Incarnational Monarchy

If We Can’t See God Then Give Us a King: Incarnational Monarchy 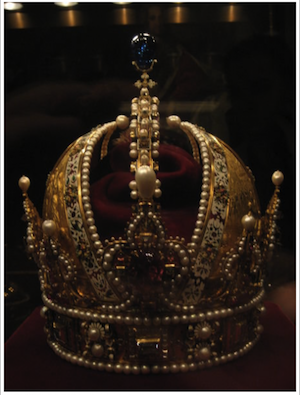 It’s not you it’s me. That’s the stereotypical and clichéd way to break up with someone. But what happens in the book of Samuel (and it’s a single book in Hebrew) is even tackier: The one partner (Israel) won’t talk to the other partner (God) and tells a third party (Samuel) that it’s time to redefine their relationship. Awkward!

But they’re also dissing Samuel – we wouldn’t need a king if you had done a better job raising your boys… Verse 5: You are old and your sons do not follow in your ways… Ouch! Samuel’s sons were greedy and corrupt. Listen to the beginning of chapter 18 excluded from our lectionary:

1Samuel 8:1 When Samuel became old, he made his sons judges over Israel. 2 The name of his firstborn son was Yo’el, and the name of his second, Aviyah; they were judges in Be’er-sheba. 3 Yet his sons did not follow in his ways, but turned aside after gain; they took bribes and perverted justice.

The people had already been through this with Eli, Samuel’s mentor and predecessor. He was a good judge, but his sons were thieves – they stole the peoples’ offerings, God’s offerings, right out of the collection plates and they forced the women who ministered at the sanctuary to sleep with them, clergy misconduct in every way. Hannah gave her firstborn son Samuel to God and God gave him to Eli to be his replacement, but there were no fine young men or women waiting in the wings this time around. Just the thought of going through that again must have been traumatic.

But what I can’t figure for the life of me is why the Israelites thought a monarch would be any better. What guarantee would they have that the king’s sons wouldn’t be despots or tyrants? None! That's exactly what happened and the monarchy of Israel was broken into two shrinking pieces from which it never recovered, just as the gospel says, a kingdom divided against itself cannot stand. The request was illogical and irrational. It wasn’t about Samuel; he was just the excuse. It was peer pressure on an epic, national and international scale. We want a king like everybody else. We want to be like the modern Iron Age nations, on the cutting edge.

Now this is a tricky text for Americans because we’re rather smug in our rejection of monarchy, particularly here in Philadelphia, the cradle of American liberty. But the aftermath of this text, which we often forget, is that God sanctifies monarchy –the Israelite monarchy and perhaps those that extend from it – making our own patriotic rebellion scripturally questionable. This text is also difficult to translate into our contemporary reality. If we agree that neither God nor Samuel thought that the monarchy was a good idea but held their collective noses and let their spoiled brats have what they thought they wanted to teach them a lesson, then what was the preferred alternative? Theocracy? Theocracy doesn’t have a positive track record in our world outside of the scriptures. It doesn’t work terribly well in the scriptures. We know that theocracies are dangerous.

Moses was arguably the first theocratic ruler in Israel’s history. And yet, in spite of the very real, visible presence of God in the pillars of cloud, smoke and fire, miraculous provision of manna and quail, earthshaking miracles, sand, serpents, plagues and other punishments, there were constant complaints, rebellions and more than one attempted coup. At more than one point God had enough, decided to kill everybody and start all over again with new people – as though they would be more faithful the next time around than the old people – and Moses had to talk God out of killing rages repeatedly, interceding with incense, placing his own body between the wrath of God and the dying.

Then came the judges. They were a mixed bunch at best. The judges were warlords and whoremongers, prophets and priests; one sacrificed his own daughter, slaughtering her like an animal in the name of God, a human sacrifice. And they had a bad habit of appointing their own questionable offspring after them. They may not have called themselves kings, queens or monarchs, but they sure acted like them – right down to the thrones of Moses, Deborah, Eli and Samuel.

So God tells Samuel, “it’s not you; it’s me,” that the people are really rejecting God in v 7:  “Obey the people in all that they say to you; for they have not rejected you, but they have rejected me from reigning over them.

But on the other hand, it is about you too in v 8: Just as they have done to me, from the day I brought them up out of Egypt to this day, abandoning me and serving other gods, so too they are doing to you.

As a priest, I appreciate that God got that Samuel was taking this personally and ministered to him: they have not rejected you, but they have rejected me… It’s not you; it’s me. God gives Samuel what he needs, divine comfort. And God gives the people what they say they need, a king. But that wouldn’t be enough. Because kings are not gods. They do terrible things, as bad as any of the transgressions of the sons of Eli and Samuel.

The monarchy was already a failed experiment in Israel when they made their request. In the book of Judges one of Gideon’s seventy children, Avimelek, the one he seems to have rejected and not provided with an inheritance, kills all of his siblings (but one who escaped) and reigns in Israel for three years. He, not Saul, is the first king in Israel. He was eventually mortally wounded by woman while besieging her town and killed himself so no one would say a woman killed him in Judges 9.

So the Israelites knew that monarchy was an imperfect solution. They also had the example of all the queens, kings, pharaohs, princes, and other sovereigns around them. The Middle Bronze and Iron Ages weren’t exactly known for their advances in human and civil rights. So why were they so desperate for a monarch in spite of all of the evidence around them? Because of what a monarch represented in their world, what I’ll call representational incarnation, the woman or man on the throne was the beloved of God, sometimes child, sometimes spouse, and God was with her or him in a particular, intimate way and that person was the visible presence of God in their midst.

They just wanted to be able to see and touch God. At any cost. Monarchy comes with a price. It is an expensive proposition; it will cost them more than they know. Absolute power corrupts absolutely. Lord Acton was speaking of the church when he penned those famous words. They certainly apply to the monarchy of which Israel dreamed. So Samuel warned them, “this is what a king will do, he will take….” in vv 11-17:

No! We are determined to have a monarch over us, so that we also may be like other nations, and that our monarch may govern us and go out before us and fight our battles.

Perhaps they thought God would still be on their side and fight their battles through this king they demanded – which is how it eventually worked out, for a while. Perhaps they felt entitled to divine protection. Perhaps they weren’t faithless. But perhaps – and this is what I really think – perhaps they were just being human, craving institutional structures and hierarchy as bulwarks against the chaos of their world and a monarch, a king, as a tangible symbol of God’s presence with them. That’s why I call it representational incarnation.

As is so often the case, the symbol is more important than the reality. We want to see someone fighting on our side. We don’t want to have to imagine an invisible God or trust that God is really here with us or have faith in that which we cannot see with our own eyes or hear with our own ears or touch with our own hands – one could touch a king in certain circumstances, circumspectly. We want a king, even if he is a puppet.

I don’t blame them. I understand them. They were not the generation who had seen the power of God in the deliverance of the Exodus, plagues of Egypt and miracles in the wilderness. Those were their ancestral stories. They are sort of like us, hearing the stories of scripture, whether the stories of Miriam and Moses or Mary and Jesus. Those are our ancestral stories, and they require faith because we were not there. And sometimes faith is hard. Samuel wasn’t enough. He was the heir of Moses and Deborah – only the three of them were both prophet and judge – but he wasn’t a miracle-worker or lawgiver like Moses and he wasn’t a warrior-poet like Deborah. He and his ministry weren’t enough.

We are not so different from them. We also need tangible symbols. Israelite worship like Episcopal worship was sensual. There were sights, sounds, smells, touches and tastes. A monarch was a religious symbol of divine power throughout the ancient world, not terribly different from a Christ Pantocrator icon come to life. And some still venerate the prophet, priest and pastor as God’s representative.

The need to have the power and presence of God in the midst of the community in a tangible, visible way endured and endures. And so God became incarnate in the womb of Miriam of Nazareth. An answer to that ancient prayer. But without the traditional trappings of monarchy. In fact so ordinary that his own family thought he was crazy from time to time, or least needed protection from himself, so that he wouldn’t wear himself out.

Jesus’ family, his mother, his sisters – we don’t know how many there were, just that there were more than one, his four brothers – Joseph Jr., James, Jude and Simon, his absent father Joseph Sr. and all whom he welcomes into his family, we who will do the will of God, find a monarch who refused to behave like a king and an incarnational presence who embraced and transcended death. A continuing, abiding, accompanying, guiding presence, reigning in our hearts with our consent.

When we cry out, “Give us a king” because we cannot see where God is in our lives and in our world, may God disregard our demand and respond to the cry of our hearts with what we need, the living God and Risen Christ in our midst, reigning over the commonwealth of God in this world and in the next. Amen.