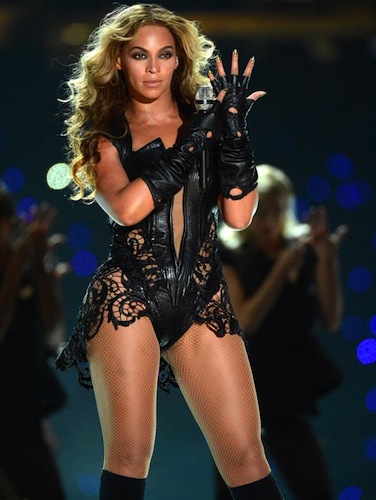 Baby, I need you to hold this for me.

Baby, just say that it’s yours.

Baby, you got my love on lock.

Here, “locked” equals “locked down.” And for far too many women that means being locked up.

Baby, I can’t go back there.

Baby, if I go back to jail I’ll die in there.

Baby, I need you to do this time for me.

You love me, right?

There are so many women in jail because they love a man or a woman somewhere. So many women and girls are caught up in stuff that they never would have been caught up in on their own if it were not for that man that they love. Our society is full of romantic notions about love, sacrificing for love, even your life or freedom. But if it’s love as I understand love and as I argue, the Bible understands love, then that love ought to be liberating and not incarcerating.

I’m thinking here of Ephesians 5:25: Husbands, love your wives, just as Christ loved the church and gave himself up for her. This stands in sharp contrast with a man who asks a woman to do his time for him.

Liberating love has been a regular Valentine’s reflection for me. It is my practice to reflect on the life and legacy of the Rev. Father Absalom Jones for Valentine’s Day. His Feast Day is 13 February. 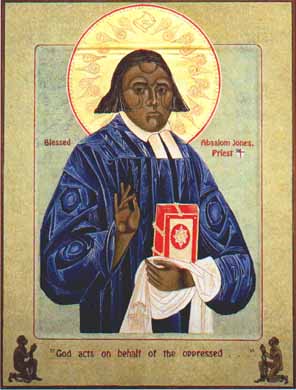 Father Absalom is the first Anglican priest of African descent and the founder of my congregation, the African Episcopal Church of St. Thomas. Before he was a priest, he was a slave. And when he was enslaved, his master rented him out and beneficently – in his own eyes – permitted him to keep some of his earnings. Father Absalom managed to save enough money to purchase himself from bondage. But he did not. Because his wife Mary (King) was also a slave. He would not risk losing her as he had his mother and six siblings whom his master had already sold away.

Father Absalom did not have enough money to purchase freedom for both of them. So he purchased his wife’s freedom, setting her free, redemming her from slavery, literally, not metaphorically, just as Christ did for the Church – and as countless unnamed black men did for their families during slavery. In so doing he insured that their children would be born free no matter what happened to him. He remained a slave, not knowing whether he would ever have a second chance, enough money or the opportunity to purchase his own freedom. As it turns out, he would be able to purchase his own freedom, land and property and provide a good living for his family even before he was ordained a deacon and a priest in the Protestant Episcopal Church. But he didn’t know that when he sacrificed his freedom for his wife’s.

There are so many distortions of and misrepresentations of black love in the media. There is a subgenre of hip-hop produced for and consumed by the dominant culture in which black folk, especially black women, are pathologized.

And, the commercialization of Valentine’s Day seems to me to be marketed primarily towards women. So, for those women seeking a valentine, especially black women, I lift up Absalom and Mary. Choose a liberating love and not an incarcerating one. A liberating love puts your love on top, not on lock.

Which brings me to Beyoncé: