This is the part of the liturgical year where the lectionary can be confusing to those to whom it is new. Because the date of Easter moves (I have strong opinions about that and believe we should be on the orthodox calendar), we have varying numbers of weeks from Easter to Advent. Their readings are organized under the category of “propers” which run from 11 May to 16 November. So whatever the date of Easter, the First Sunday after Pentecost is Trinity Sunday and the Second Sunday after Pentecost takes the propers that correspond to its date. This year, 2022, those are the readings for Proper 7, the Sunday closest to 20 to June.

I pre-recorded my sermon for this date, The Other Woman: Penninah’s Side of the Story, for the Day1 radio network. The broadcast will be available Sunday morning. An excerpt: 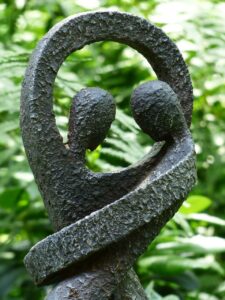 As it is written, the women’s story is about Hannah. She is named first and the story is told from her perspective, though not in her voice. Peninnah, the other woman, is presented as her, Hannah’s, rival. But what about Peninnah’s story? Who speaks for her? What would she say were she allowed to speak in her own voice, tell her own story, and not just as a character in Hannah’s story? What happens to the story when we hear it from the woman we’ve been trained to categorize as “the other woman”? Would it be the same story, perhaps just from a different perspective? Or would it be an entirely different story? And would we, in hearing that story, discover a word that leads to life, love, liberation – a word that we would have missed if we had continued to tell the old story the old way?

If you ask Peninnah, she might’ve told you that she was willing to get by on the crumbs of love that fell from the table of Hannah and Elkanah’s love. In fact, the gospel lesson with which this lesson is paired is the story of a woman begging Jesus for crumbs of healing like a dog begging for scraps under the master’s table. In that story, what looks like a stingy love for some soon becomes a full-throated, open-hearted love embracing everyone and welcoming them to the table…