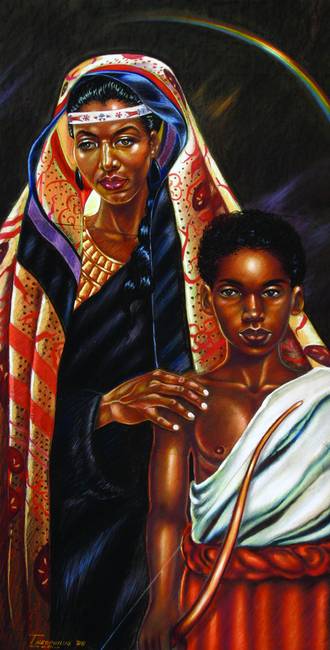 Hagar and Ishmael by Alan Jones

And–and still: Trayvon and Ayanna and Sandra and Mike and Amidou and Freddie and Miriam and Rekia and, and, and…

And the ninety-ninth anniversary of the white supremacist massacre of black folk and evisceration of black wealth in the Greenwood district of Tulsa Oklahoma. An anniversary whitejacked™️ by the the most openly avowed white supremacist president in recent history–by no means the first–overwhelmingly elected by white women who turned on one of their own.

Then comes Sunday and before that, the preacher at her desk, my only pulpit these days as I am in a wilderness of my own. In the Episcopal Church and many Protestant denominations, the first lesson proclaimed will be: Black Lives Matter – for those who have the eyes to see. 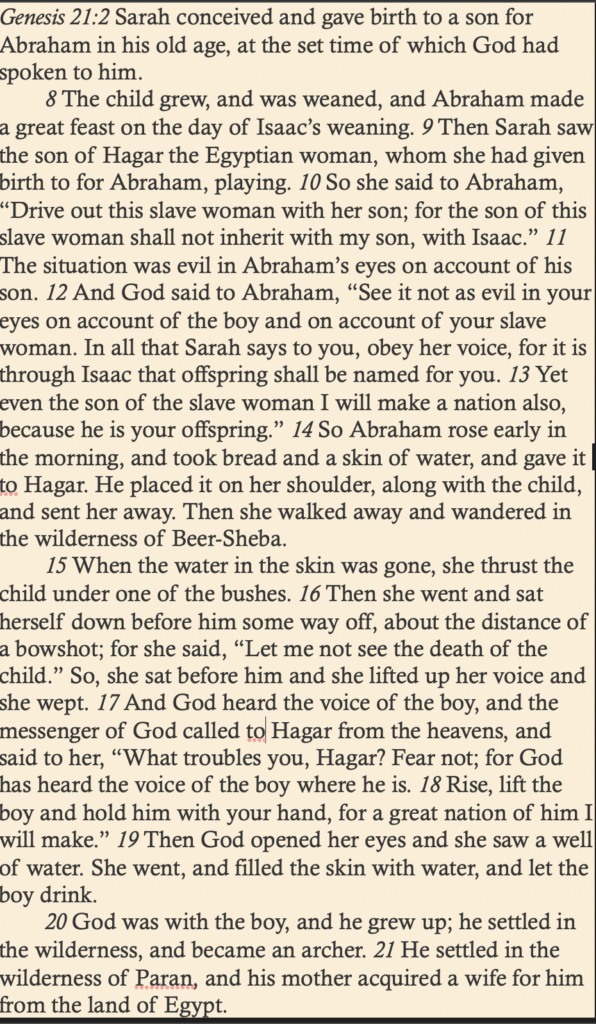 It is a Black Lives Matter text not simply because as an African Hagar is black–which blackness is not on a binary scale with some mythological whiteness spackled onto Sarah and biblical peoples writ large in furtherance of white supremacist domination. It is a Black Lives Matter text because it is a text that normalizes and sacralizes slavery by its very existence, unrebuked, in scripture, a foundation stone in the bulwark of American slavocracy.

I explore the story in detail in Womanist Midrash: A Reintroduction to the Women of the Torah and of the Throne: 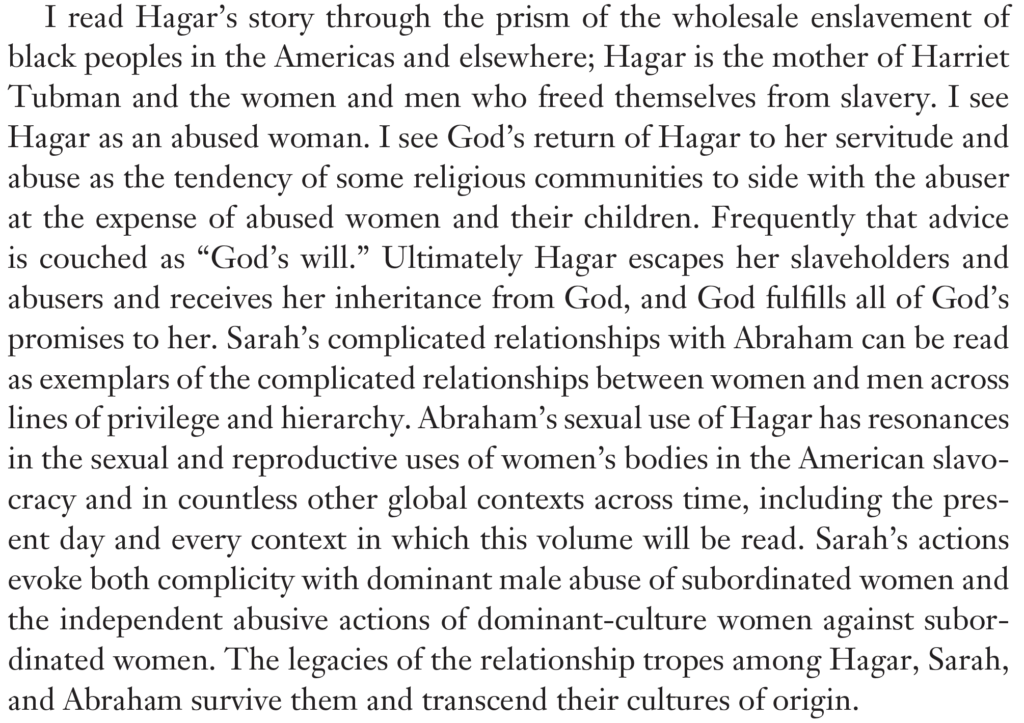 We will not come to terms with the legacy of slavery in this country nor all the horrors that descend from it which continue to shape our world without  engaging – rebuking and rejecting – the normalization and sanctification of slavery in the text and views of the authority of scripture that require uncritical acceptance. That will not be the end of white supremacy, in the church, in biblical interpretation, or in this country, but it will be an unhooding.

If we tell the truth, Hagar’s life matters to God in the framing of the story because she is the mother of a son of Abraham, her inability to consent to sex or impregnation or surrogacy, irrelevant in the text. The reason her black life matters to those who told her story is not the reason her black life and that of her son matter to the God who transcends the sexist and ethnocentric portrait in these texts. The cry “Say her name” accompanies “Black lives matter” as a reminder that violence is often gendered as is the response and outcry which often follows.

All black life matters because black life is sacred, reflecting and embodying the God who dwells in the holiest of deep darkness.