When Scripture is Violent

When Scripture is Violent 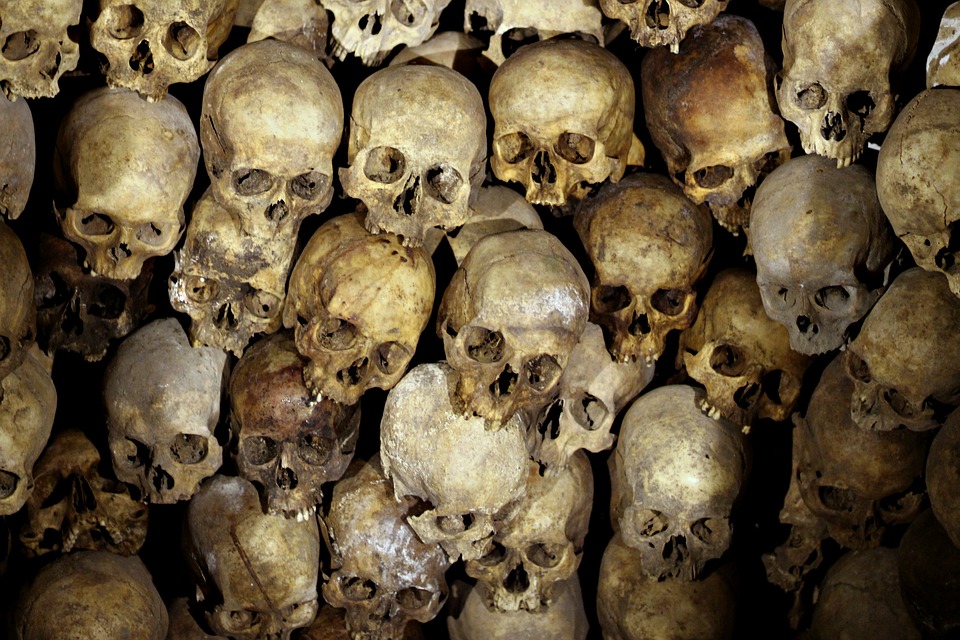 I love the Hebrew Scriptures and their stories but I understand why some folk have a hard time with them, particularly as scripture. Many of these epic stories include epic episodes of violence, sometimes at the bequest of God, sometimes enacted by God. It is easy to treat these stories like novels, movies, or video games, something we enjoy then put down to return to real lives where we do not behave like those characters. Speaking for myself, I love action movies: crime capers, shoot ‘em ups, superheroes, intergalactic battles, the occasional vampire or werewolf rampaging…

There is a difference, I believe, between turning to a movie or book you know is fiction for entertainment and reading your scriptures for inspiration, guidance, to discern God’s voice, or for a pattern on which to model your life. We are in a time when we are reassessing our ancestral legacies as a nation and as Church, and grappling with the horrific violence that is often our unwelcome inheritance. We are having serious conversations—when we’re not shouting at each other—about what to do with the physical reminders of our painful past, not just statues, but also churches in which all of the images of the holy people of God are white people. In these conversations I understand my role as a biblical scholar and priest to be to help us think about the ways in which we, nation and Church, have used the stories of scripture to harm rather than heal.

I also know that not all of the harm resulting from our interaction with the scriptures is just a matter of poor interpretation or even my personal nemesis, bad translation. Sometimes the stories themselves are the problem, and sometimes a well-worn and beloved story suddenly starts to look and sound different—like when you first started to understand how violent and downright gruesome some fairytales and nursery rhymes really are.

Exodus 14 tells the saga of the Red Sea crossing, one of the great stories in our heritage. Our lesson begins in verse 19 where the Israelites are safely ensconced in the wings of divine protection on their perilous journey. There is an angel in font of them and God herself, the divine hijabi, veiled in the pillar of cloud and fire behind them, protecting them from the army that wants to drag them back in chains to slavery. It is no small irony that the founders of this nation, who identified themselves with Israel and as God’s chosen, felt no compunction about enslaving others even as they celebrated Israel’s own deliverance from slavery. But then again, to tell the truth—especially in church—neither did Israel. They went on to be a slaveholding nation as well.

But at this point in the story assigned to us today, Israel is walking into their liberation, guided and guarded by God. Then God enables Moses to open the sea. We can imagine the spectacle much more easily than our ancestors because we have movies with special effects like CGI. Some of the disaster movies are better than the many versions of the Ten Commandments and other bible epics at portraying waters that reach up and out as far as the eye can see.

Understandably, the Egyptians flee. But that isn’t good enough. In the text God tells Moses to put the waters back in place which will drown the Egyptian soldiers. The text doesn’t care about the Egyptian soldiers as people, who have lives, families and loved ones, whose lives have value. In the text and in their world the Egyptian soldiers were simply an extension of the Pharaoh and they become casualties in his losing contest with God, one that he could not back down from even when he wanted to because God hardened his heart and made him stay in a losing fight. These are difficult portrayals of God mixed in with the shepherding sheltering images that are much more inviting and trustworthy.

This is not the one-dimensional God of our childhood’s faith. This is a complex and complicated character who is often inscrutable. The scriptures teach we are made in the image of God while offering a God who sometimes seems to be made in the image of humanity, showcasing all the worst parts. I ask my students if these portrayals tell us more about who God is or more about who ancient folk were and how they understood God. Sometimes I find it’s one, sometimes the other, sometimes a bit of both.

Can we, as thoughtful readers still treasure this story of divine deliverance without celebrating the deaths of men whose families would ache for their loss as much as you would for your brother, father, husband, or son? I believe we can because what makes these texts scripture, the living word of a living God, is their ability to transcend their context and its limitations even when it is reflected in their content. Indeed the psalm models that for us. Psalm 114 remembers the exodus by celebrating God’s power over the elements. It doesn’t glorify or gloat over the loss of life—though other psalmists will. Savoring the richness of scripture means savoring its complexity the way we savor bitter and sweet mingled on our tongues.

I find the gospels are increasingly bittersweet. There we encounter in Jesus an image of God that is radical and revolutionary, and rooted in the culture and context into which Jesus was born. Jesus models and teaches a beloved community and sovereign realm that is and will be nothing like the petty vicious kingdoms of this world yet does so using the same language that describes them, the language of kings and slaves, both of which are inherently violent concepts. And when Jesus teaches us how to live and love in this world that is being transformed by his redemption of it and us, his language and teaching examples often include the irredeemable practice of slavery without critique.

This too is violent. There is real danger in normalizing or even minimizing the brutality that underlies slaveholding in the ancient world, in the scriptures, in our own past, and at the present moment when black lives are taken without consequence. Yet, I am convinced that neither the casual violence of slavery as an inescapable element of the biblical world nor the romanticizing of God as a king in a world when kings were little more than warlords, nor even the graphic violence in some of scripture’s great stories are grounds for leaving it behind. Rather they call us to listen, read, and hear deeply, what the Spirit is saying to her people.

In Matthew 18 Jesus tells a story to answer Peter’s question how often he has to forgive his sister or bother, meaning another Christian. Rather than focus on this text as a how-to-resolve-conflict-in-the-Church resource, which is a fine reading, I want to point out that Peter is talking about a world in which there is still an us and a them. He feels no moral responsibility to anyone outside their circle. He doesn’t consider that he has an ethical obligation to them the same as he does to those who are part of his community. Forgiveness is what God demands; it is justice in this text. And Peter like too many folk in our justice system and wider society have different ideas about justice when it comes to us and them.

In response to Peter’s question Jesus tells the story of a king and his slaves, their debt, and its consequences presenting an opportunity for us to examine the way we read scripture then to read more deeply. For example, we hear Jesus tell a story about a king and may get ahead of ourselves and say, “I know how this works. God is king. Done. Got it. Next.” But is the king in this parable God? I sure hope not. Just because Jesus is telling the story and using this character to teach us doesn’t make the king God or even a good example to follow.

Look at this guy. The king’s first impulse when his slave fails is to sell him, his wife, and their children. That is the opposite of the God who saves, delivers, redeems, and liberates though we hear this kind of theology all the time, in and out of the bible. I don’t believe in a God who sells people into slavery to punish them. Then, when the king hears that the first slave failed to show the mercy he was shown, the king had him tortured. That is not my God. But there are many who believe in a God who punishes with tornado and hurricane and every bad thing that befalls a person or community. You can hear them on TV blaming the storms or earthquakes or devastating diseases on other people and their supposed or imagined sins. The king in this parable makes an insufficient, inadequate and, unworthy God. We can look to him no more for justice than we can look to a society that has not exorcised the demon of white supremacy for justice.

The gospel in the text is not that God is a king who can do whatever he wants to a person so you’d better watch out, that is a deeply impoverished theology. Rather, the gospel in the text is that even a person of immense privilege whose wealth results from the exploitation of other human beings is made in the image of God and has the capacity to do the right thing which the king demonstrates in forgiving his slave. Yes, the gospel is that we ought to forgive one another, especially in the church but a deep reading reveals so much more. The gospel is also that the king relinquishes his claim on some of the benefits conferred on him by the privilege he held in an unjust society. And the gospel is that however much privilege you have in society when you’re not at the top, you still have the agency and holy responsibility to act justly, particularly to those who are vulnerable.

This gospel also tells us what we already know, that people who are ground down by oppression oppress others in turn. That helps me understand the passage in Exodus. Israel who had been enslaved and oppressed, defeated, conquered, occupied, deported and occupied again and again by the Egyptians, Assyrians and Babylonians and later the Persians, Greeks and Romans, tells its sacred stories in such a way that they could envision a god who would not forgive what they could not.

Yet God is present in that troubling text, in the waters and on the dry land, with the drowning Egyptians and with the liberated Israelites. God is present in all of creation and with all of her children. She reminds us we are not limited by our history and need not be hindered by our heritage. More importantly, God is not limited by or to our limitations, imagination or theology. The God who loves invites us into relationship with her and each other and in that space there is no enemy, friend, sister, brother, king or slave, only Love, the Beloved, and those who love. Amen.