Yo, You Are Not the Father: A Meditation on St. Joseph

Yo, You Are Not the Father: A Meditation on St. Joseph 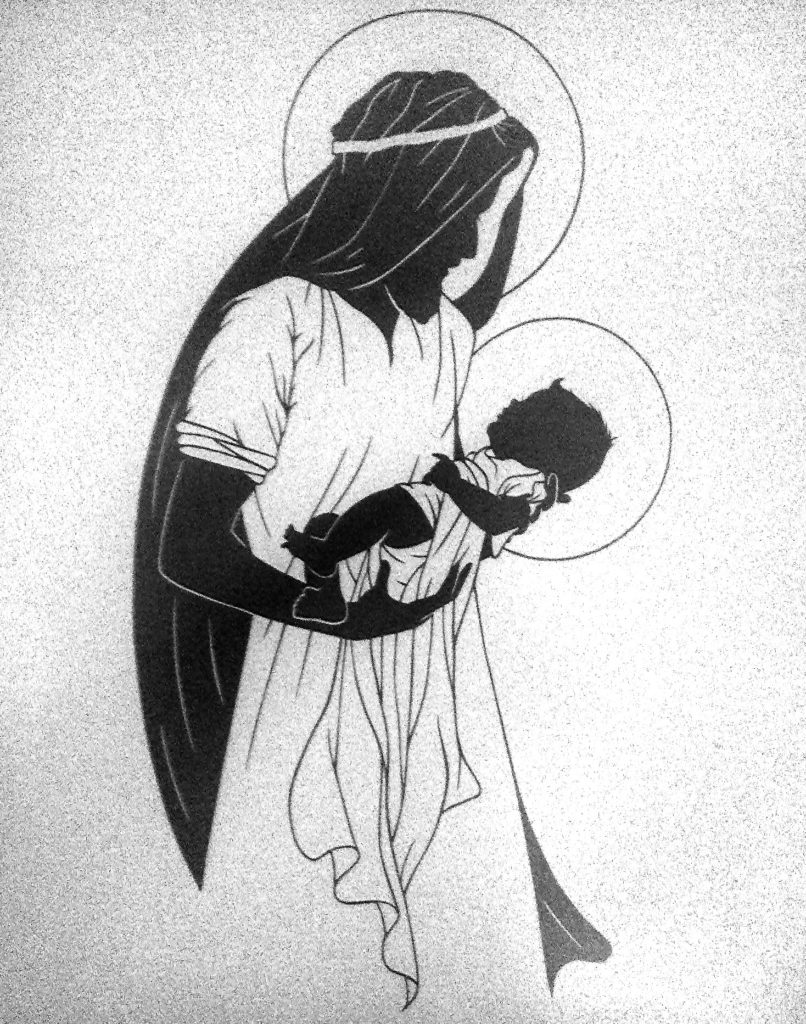 Every year during Christmas and Advent, I think about St. Joseph. I remember a sermon I heard from his perspective more than a decade ago. The preacher-man was saying how hard it is for men to raise children that are not theirs, particularly when they feel that they have been deceived. It’s one thing for a man to marry a widow, divorced mom or single mother, or for a couple to decide to adopt or even use a reproductive technology that involves donor sperm. It is an entirely different matter for a man to stay with a woman who has been impregnated by someone else after they made a commitment to each other. It must have been unimaginable for Yosef, Yusif, José, or Joseph to hear his woman saying that she had never cheated, never been unfaithful and was pregnant and the Holy Spirit – She! – was the Father.

I wonder if Yo thought Miryam or Mary or Maria was mentally ill. I’d like to believe that he loved her. That the quiet divorce was to spare her shame, protect her family honor and his, and to save her life. It’s also possible that he wanted to annul their betrothal quietly so that he wouldn’t lose face. Even if Yo came to believe Miryam’s crazy [@$$] story – and let’s not be so sanctified that we think that makes sense – even if he believed her,  his family and his boys wouldn’t. They would say that he got punked; that he was a punk; that he was pitiful for staying with a girl that played him so badly, so publicly.

Yo doesn’t get a lot of ink in the bible. But what he does get is continual reassurance from God through his dreams, for a while. God appears to him over and over again. And like his eponymous ancestor, he doesn’t need anyone to interpret his dreams for him.

To his eternal credit and well-earned sanctification, Yo stays with his woman. But he doesn’t touch her, for a while – a long while. I can’t believe that he didn’t feel bitter, betrayed and trapped at least some of the time. But he stayed.

Although he is absent from the Epiphany story. Where was he? Were they separated then? If so, they worked through it. And they had a real marriage. The scriptures are clear that they had four sons and an unknown number of daughters. (The perverse interpretation of the scriptures denies them their holy, healthy, God-given sexuality is blasphemy.)

But Joseph eventually disappears. He may well have died. But that is not the only possibility. As the strange boy-child became an even stranger man-child it became more and more clear that he was a stranger. And in spite of all of that God-talk the memories of those dreams were faded memories. The boy was trouble, running off, getting lost, causing a scene in the temple before the elders, reminding everyone about the possibility that Yo had been cuckolded. Joseph left.

José didn’t come back when people started saying that her son – not his – had risen from the grave. Joseph didn’t gather in Yerushalyim to see if her son – not his – would really meet his disciples including his mother, sisters and brothers for Shavuoth. Perhaps he was dead. Perhaps he heard all that miraculous, unbelievable resurrection talk and was ashamed of leaving, after all he hadheard from God in his dreams.

The silence in the scriptures surrounding Joseph’s absence at the end (and new beginning) of Jesus’ life is intriguing. If he was dead, why not say so? If he was a great age when he married Miryam and impotent and had children from a previous marriage, why not say so?

But if he left, left God’s son fatherless, how could that be explained? If he lost his faith, how could the rest of us come to believe?

I think he left. I think that the very humanity of Christ made the Incarnation harder and harder for him to believe. And I believe that as a saint who lost his faith, St. Joseph has much to teach us. Our faith is not rational. It is nearly unsustainable in the real world. I wonder if Joseph had other dreams that he disregarded. I wonder if having received his last divine visitation he believed he needed one more, and then another, and another, like an addict. I wonder if he ever really believed. I wonder if his pride got in the way of him asking Jesus the man, “Who are you really? Where did you come from? I need to know.”
Perhaps the disappearance of St. Joseph teaches us that we have to invest in our faith on a daily basis, making ourselves vulnerable to ridicule and the scandal of the gospel. I have to believe that when God called Miryam and Yosef into service God knew that they were capable of living into and up to their calling. And, God knew that they were capable of failing.

St. Joseph’s disappearance and likely abandonment of his family, God’s family, the family that he had promised God he would nurture on God’s behalf, also teach us that marriages fail and families rupture even when God is Incarnate in their  midst. And, we learn that a single mother can raise a child who will change the world by her [d@mn] self. And we learn that children from single-parent homes may be a little odd, lacking in a few social graces, but full repositories of God’s gifts and graces.

St. Joseph, I’m not mad at you. I think I understand as much as I can how hard was your calling. I’m just glad you were able to hang in there as long as you did. You guided them to safety and saved their lives, risking your own. I honor you for that. And I think you can claim some of what he grew into. Your mark is on him and no one can take that away from you.