Are You There God? It’s Me & Habakkuk

Are You There God? It’s Me & Habakkuk 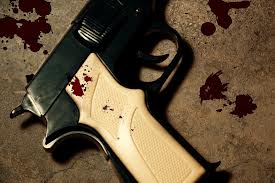 With the prophet I say:

Habakkuk 1:2 How long, Holy One, shall I howl for help, and you will not hear?

Cry to you “Violence!” and you will not save?

3 Why do you make me see iniquity and compel me to look at trouble?

Destruction and violence are before me; litigation and contention arise.

4 So the Torah becomes weak and justice never emerges.

The wicked surround the righteous; that is why judgment comes out perverted.

Let us pray: Holy One of Old, open our eyes that we may see. Amen.

How long Holy One? How long? How long shall I, shall we, howl for help and you will not, do not, hear us? How can you not hear? The screams of the hurting, hungry, hopeless, desperate and dying drown out my own screams of frustration, impotence and rage. The world is drowning in a sea of violence that you must hear through the choruses of angelic choirs: Syria, Chicago, Iraq, Detroit, Afghanistan, Philadelphia, Camden, Washington DC. How much longer?

Like Habakkuk and Job I cry out to God about God. That I am not alone in this is scant comfort. That God hears in spite of all evidence to the contrary is some comfort. Comfort which I grasp like a drowning woman clinging to the broken pieces of what used to be a world that made sense.

Habakkuk was likewise clinging to a frail support in a sea of violence. Hamas. That is the Hebrew word for violence in this text. Biblical hamas and its modern Arabic counterpart share the same root. Violence. The violence Habakkuk envisioned has long been presumed by many to refer to the Babylonian invasion but there is no time stamp in the book, no way to relate it to that or any other crisis. The truth is that violence is so epidemic in the broken world from the moment of the first sin, Cain’s murder of Abel – according to the text that is the first sin – violence is so epidemic in our world that it doesn’t matter whether we know what Habakkuk saw because we can all envision violence that makes us cry out to God. It’s also true that when you are surrounded by violence, whether a single act that forever changes your life or a larger conflagration whose borders you can’t even see, your experience is all-consuming and breathtaking whether on the international or individual scales.

We know next to nothing about Habakkuk, neither provenance nor patrimony, or for that matter matrimony. His prophetic identity is articulated as a matter of fact, the visions God sends him recorded in this little scroll seem not to be the first. They have a relationship and he has a vocation in the background of this brief text. Habakkuk’s cry reveals the expectations he has about God: he believes in a God who is or is supposed to be responsive. He expects God to do something about the state of the world. And he expects God to respond to his cries. He cannot fathom what is taking God so long to act. But he is sure that a response is coming.

He’s also sure that what he is seeing all around him is inconsistent with what he knows about the world. Torah, the embodiment of God in the world, God’s revelation, instruction, teaching that comes down from the heavens like the yoreh, early rain with which it shares a root, has been perverted, twisted, weakened, paralyzed, desensitized, rendered numb and insensitive. It’s hard to know how to translate tafug, the state of Torah in Habakkuk’s visionary experience; she is as stunned as Israel was upon hearing that his long lost son Joseph was still alive and practically Egyptian royalty (Gen 45:26), as crushed as David was when he realized he had a sexually transmitted infection in Ps 38:8 and the opposite of the endurance of the psalmist’s hands stretched out in prayer, refusing to weaken or yield in Ps 77:2. Something horrible has happened to God’s holy Torah: Justice has lost the battle and the judgments being rendered as Torah are crooked, perverse, perverted. Torah is Torah in name only and the justice system is unjust. How is such a thing possible and how long until God does something about it?

Are we still talking about Habakkuk’s time? Or are we talking about our own? I can no longer tell. (And yes I know I’m the one doing the talking.) Those entrusted with the work of Torah, the work of justice towards citizen and alien, neighbor and stranger have betrayed their sacred trust. Our public ethic of the social good is based on and drawn from the ideals of the very Torah Habakkuk aches for. But something has happened to those who should be its servants and guardians. Oh the words of scripture are often on their lips, but their hips and hindparts are dug into policies that are the anti-Torah as they mutter about the anti-christ of their fondest dreams. How long Holy One?

Why do you let me see things like this? No, not “let,” “make.” The verb is Hiphil, causative. The prophet couldn’t turn away even if he wanted to. And he may have wanted to. God knows I don’t want to see what I see in the world, not just on the TV and internet, but in our own city, sometimes in our own community, even in my own family. God makes the prophet look and see. See and envision. That is part of the calling. Opening our eyes and having God open them even further for you. Seeing the world as it really is in all of its ugliness and brokenness. We can’t look away. Our very gaze is prophetic.

Too many folk are caught up in prophetic performances of one sort or another. They garner attention and feedback and can launch you into the notice of the public square. But seeing the world for what it is and carrying that awareness with you is just as prophetic as giving voice to it. And let’s face it, many so-called and wannabe prophets are speaking about what they don’t know because they haven’t truly seen, they haven’t been shown by God the world behind the world. They’re just moving from one soundbyte to the next.

It is all too much. Enough! It is well past time for God to do something about the world, whether the whole world or just Habakkuk’s little corner, or even my little corner of the world. So Habakkuk demands of God, “What are you waiting for?” Habakkuk says his piece and God listens. God listens! God does hear his howls. God is right there all the time. God sees what the prophet sees and more. God has given Habakkuk a glimpse of the horror God sees all the time, from which there is no respite for the Divine.

And God tells Habakkuk that God has already responded, but that even the prophet who knows something about the ways of God would not believe it if God told him all that God has in store. It is simply incredible, incomprehensible, for a mere mortal. Now for some reason the lectionary framers leave out God’s response to Habakkuk. They present a mangled monologue, eliminating the dialogue and totally missing the point. So today’s readings restore the back and forth between the prophet and his God. Habakkuk’s conversation with God, his challenge to God, occur in the context of his relationship with God.

We are not alone in the horror engulfing the world, the waves of violence, shooting after shooting, massacre after massacre, bombing after bombing. God is active in the midst of the world’s fracture. God is here with us. God is here for us. And according to God in Habakkuk two thousand years and an unknown number of centuries ago, the healing has begun but we can’t see it yet, not even with our prophetic vision. It is beyond us but it is there.

God bless Habakkuk; he has seen too much horror to be satisfied with glib responses and clichés, even from God. Habakkuk says, ‘OK. God. I’ll trust that you are turning the world around. But I will stand on my prophetic perch and verify.’ He needs to see something from God. And God doesn’t flinch or shrink in the face of scrutiny. God can handle Habakkuk’s weary wounded caution. God says this transformation is so certain that you can write it down and check it later, adding predictive prophecy to prophetic vision, lament, and passionate invocation of God, all prophetic gifts and tools. By the end of the book he will offer a psalm as a prophetic performance. Habakkuk was no one trick pony.

In response to Habakkuk’s question “What are you waiting for?” God promises that a change is going to come. It will come, no matter how long it takes. It won’t be late, no matter how long it takes. God will heal the world. God will heal Habakkuk’s piece of the world. But God is apparently playing the long game; both traditional Jewish and Christian interpretation see in these words a prophecy of the messiah and understand that Habakkuk will not live to see the change. Those who saw the messiah in their days saw the world begin to turn towards repair and restoration, but maddeningly, that turn is not complete in our days. We, like Habakkuk, may not live to see the complete transformation of the world for which we ache and long, work and pray. Yet we will live, sometimes in full sight of the hurt and the horror. How are we to live in this reeling, sin-drunk broken world? Faithfully.

In Hab 2:4 the faithfulness of the righteous person at the end of the verse is in direct opposition to the self-inflated life of the guilty person at the beginning of the verse. The righteous person shall live in, through, her faithfulness: Amunah, the sure, the reliable, the trustworthy, the “amen” – coming from the same root is that faithfulness. Faithfulness is not “belief” in the sense of intellectual assent or creedal affirmation; those aspects will be added when Hebrew amunah is translated with Greek pistis in a context shaped by philosophical discourse. Here in Habakkuk, faithfulness is more a matter of heart and hand than head and heart. I know it’s not very Lutheran or even Pauline, but none of that exists in this text.

What does exist in the world of the text, the world of the Gospels, the world of the Epistles and in our world is the intoxicating array of opportunities to wander away from the one who has been so faithful to us. Do not be distracted by wine and wealth or even by worry. God is working a work, begun on the watch of previous generations for which I will take my turn watching and waiting, putting my frail hands to the work of faithfulness.

How long Holy One? I will keep asking until I see. Amen.