Beyond Zombie Theology and More than a Mummy

Beyond Zombie Theology and More than a Mummy 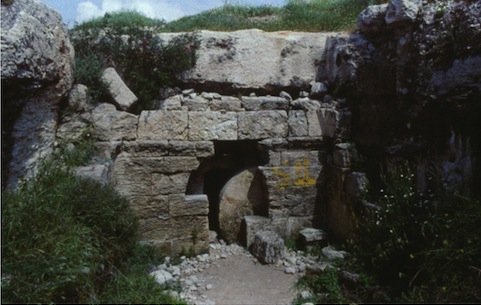 Today’s sermon is Beyond Zombie Theology and More than a Mummy. In the Name of the Earth-Maker, Pain-Bearer and Life-Giver. Amen.

Act I: Scene One

The setting is what would on another day be a lovely, lush valley. But today it is full of human carnage. It is a scene out of a horror movie. It is a horror movie. There are bodies and body parts everywhere, decayed down to the bone. It is as though someone uncovered a mass grave. The bones are jumbled together in an apocalyptic, post-modern, nightmarish sculpture. This is holy ground and accursed ground. This place was a killing field, plague site or the site of some other unfathomable catastrophe. Every once in a while a lonely bird of prey disturbs a ragged cluster of bones looking for some long dissolved morsel of flesh. There is the stench of death. Not the wet, rotting smell of decaying flesh, but the deeply permeating scent of death in the air, in the grass, in the trees. The smell of death is everywhere.

The setting is a rocky hillside dotted with natural and fabricated caves. Lightly carved and rounded stones secure the entrances to the cave-tombs, keeping some out and others in. The air is thick with the smell of vegetation. The air is full of life. A small group of mourners prays, keens and beats their breasts.

A ragged refugee-prophet escapes his prison camp through a wormhole that sucks him up into the air and spits him out into the valley of dry bones. The wormhole collapses in on itself and transforms into a being made of pure light, without color and all colors at the same time. The special affects are amazing! The God of Light gives the prophet-man a task – conjure life from death, draw the spirit-winds from the four corners of the earth into the valley and animate the bones. The prophet speaks the words he was given:

A road-weary traveling prophet, teacher and healer joins the mourners outside the cave-tombs and, this man speaks his own words of power:

The camera cuts back and forth between the two scenes: A man transported by the power of his God and a God-in-flesh walking on his own two feet; an open valley full of decayed bodies at the end of their decomposition cycle, a closed tomb with one body just beginning to decompose; the prophet from ancient days being guided by his God, the itinerant teacher needs no guidance.

All of the bones in the valley begin to shake, rattle and roll. It sounds like an earthquake. The ground shakes and the bones rise. They whirl and swirl and connect to each other forming complete skeletons. There are all sorts of skeletons. All of them have broken bones or marks on their bones from swords and clubs and other weapons. They all died violent deaths. Some are tall, some are short, some have the tell-tale pelvic girdles of women, some are children. The bones begin to thicken, their white turns pink and then shades of beige, tan and brown as layers of flesh, muscle, tendons, cartilage, nerves and finally skin covers them. The special effects director is going to win an Oscar for this movie! Finally there is a whole nation of people standing in the valley. Yet there was no spirit-breath in them – they were like an army of zombies: formerly dead, reanimated, moving, standing but without the breath of life – true, authentic, God-given human life. But they became something more than zombies. They had spirit-breath poured into them and returned fully to life, resurrected.

No one sees what is going on in the tomb: the bloated body contracts, the ripening flesh regains its firmness, the chest begins to rise and fall, the eye lashes flutter. He sits up, swings his legs off the rocky ledge on which he was so recently lain, and struggles to walk towards the light where he hears someone calling his name. He is like a mummy, wrapped in sheets of linen that have loosened as his body swelled in the first stages of decomposition. He shuffles out of the tomb. But he is not a mummy, or a zombie. He has had the breath of life spoken back into him and he has returned fully to life, resurrected.

God tells the prophet from days gone by that the people he has seen resurrected are the prophet’s people, living in exile. Their nation has been hacked and burned to death and dismembered. And God promised them resurrection, national resurrection:

And I will put my spirit within you all and you all shall live, and I will place you all on your own soil; then you all shall know that I, the Holy One of Old, have spoken and have done this,” says God-Whose-Name-Is-Holy.

The prophet was returned through the wormhole to his captive people. Eventually his people were returned to their ancestral land. But it was a hard life. Foreign nations fell on them like hoards of B-movie zombies. Yet they survived. The resurrected nation would not die.

God-in-flesh, Jesus – Yeshua in Hebrew and Aramaic – of Nazareth, tells Miryam who you know as Mary:

I am the resurrection and the life! Whoever believes in me will live, even if they die; and everyone living and believing in me will never die.

As the credits roll we who are in the audience have to come to terms with what we have seen just as we have to come to terms with these lessons from the scriptures. Over and over again God reveals Godself to be the God of life and light, even when God’s people are dwelling and dying in darkness. Ezekiel had lived through the worst horror to plague his people since the days of Egyptian slavery, a horror that traumatized his people for more than four hundred years.

We may not be internationally displaced persons struggling for clean drinking water, firewood and food, and while some of us may be fearful of physical or sexual assault or murder, those atrocities do not shape our daily lives in most cases. But many of our sisters and brothers around the world and in our own country are desperately hungry, homeless or facing the loss of their homes, unemployed, underemployed, lacking sufficient or any health care and subject to private and public explosions of violence. To all of these, God offers the vision of a resurrected society in Ezekiel. Not only is the society resurrected but so are all the people who make it what it is. There are all there, restored from the confusing jumble of death. It does not matter how or where their bones were scattered, piled up, decayed, dissolved or even cremated, God sorts them out.

And to those devastated by the loss of a dear one, Jesus comes to us in our grief, walks with us, mourns with us, weeps with us and promises us resurrected life in the community of the redeemed. But unlike the movies in which the main characters seem to escape death at every turn, we may die, we will die, and even if and when we die, not even death has the power to separate us from the life-giving Spirit of God. We go to our deaths knowing that Jesus has gone before us, accompanies us and waits for us to transform our dying into living.

The life that the God of Ezekiel and Jesus grants us is individual and corporate life; no national or personal tragedy can destroy us. Where ever we are, no matter how we got there, God will find us and bring us home. The Judeans in the Babylonian internment camp did not believe that God could or would leave the temple, not even to see about them. Ezekiel’s crazy visions and even crazier antics – he will go so far as to use poop to make a prophetic point in the sequel – all demonstrate that the people claimed by God will never be abandoned by God, no matter what happens to their national structures and monuments.

And even when it seems like it is too late – and Jesus was four days late to the funeral – the universal laws of earth and heaven can be swept away that we might live again. The life that God calls us to is this life and the life beyond this one. Lazarus was raised and restored to his human life, for a while. The same folk who sought to kill Jesus turned their attention to Lazarus and planned to kill him too. The gospel doesn’t tell us if they succeeded because it doesn’t matter. Lazarus’ resurrection in this life was a promise of our resurrection in the next. 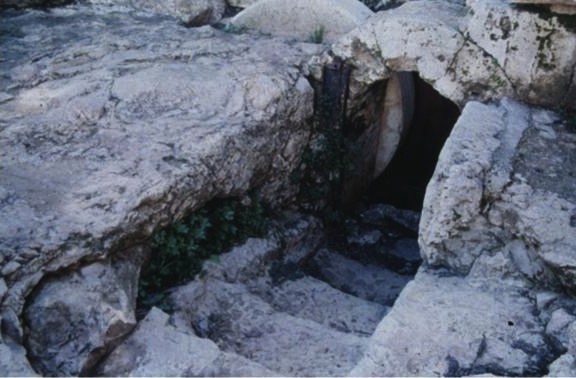